The plane was part of the Patrulla Águila acrobatic squad of the Spanish Air Force. Photo: MINISTERIO DE DEFENSA

After recovering debris from the plane off the east coast of Spain, the airforce confirmed on Twitter that the pilot was dead.

He was named as Comander Eduardo Garvalena Crespo.

It was the third deadly air force accident in the Murcia region in six months.

Last August, a military instructor died when his plane crashed in the same area. The following month another instructor and his trainee died in another crash. 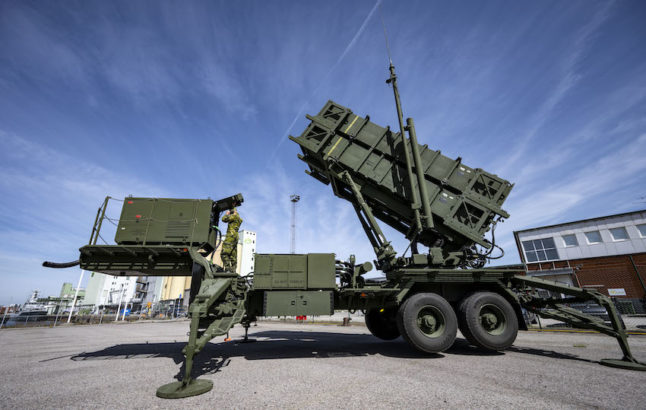 Sweden previously requested the Patriot system, known in Sweden as Air Defence System 103, in November 2017, and reached a procurement agreement with the US government in 2018.

This month, the last of four deliveries of Patriot batteries was completed, marking the end of the first part of the Patriot deal.

Now, with this final delivery completed, Sweden has placed another order.

“Patriot has been developed to be able to target helicopters, airplanes, ballistic missiles, and cruise missiles, pretty much all air targets,” Christer Mellgren,  project manager for Air Defense System 103, told SVT. “I cannot go into the number of missiles that we ordered, but it is within the limit approved by the American Congress.”

According to the Defence Material Administration, the first part of the deal cost 9-10 billion kronor, and the Swedish Armed Forces have allocated some 3.2 billion dollars for the deal in total.

According to SVT, the missiles themselves are the most expensive part of the Patriot system. While Sweden has been granted permission by the US government to purchase up to 300 missiles, it is unknown how many have been ordered.