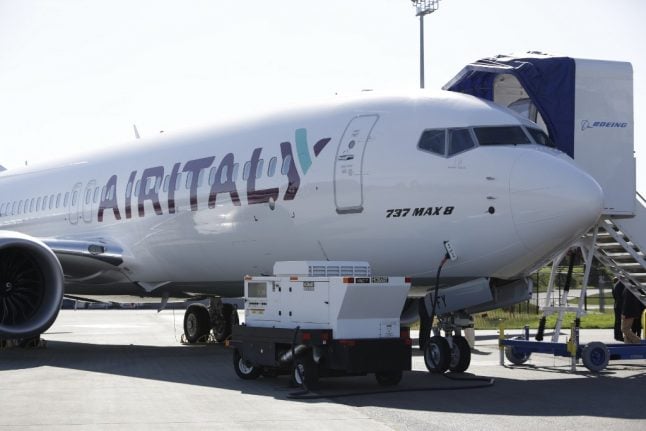 Air Italy is going out of business, stakeholders have announced. Photo: Jason Redmond/AFP

Air Italy, formerly Meridiana, will be placed in liquidation after two years of heavy losses, shareholders announced after an emergency meeting on Tuesday.

In a statement, co-owners Alisarda and Qatar Airways said that passengers booked to travel up until February 25th could expect to fly as scheduled, while passengers with bookings further ahead would receive a full refund.

Investors had big plans for Air Italy when it re-launched in February 2018, the result of a fusion between Sardinia-based Meridiana and the original Air Italy, a smaller carrier headquartered in Milan.

But the rapid expansion didn't pay off and Air Italy reported losses of €164 million in 2018, followed by an estimated €200 million in 2019. Last year the airline began scrapping some of the international flights it had introduced just months earlier. Its shareholders, Qatar Airways with 49 percent and Alisarda, a holding company for the Aga Khan IV, the millionaire religious leader Prince Shah Karim Al Hussaini, with 51 percent, had been due to meet next week but abruptly brought the talks forward.

The Italian transport ministry had requested an emergency meeting with Air Italy's owners, with Minister Paola De Micheli saying: “Deciding to liquidate a company of this size is unacceptable without first informing the government and without seriously considering possible alternatives.”

What does the end of Air Italy mean for passengers?

The airline says that all scheduled flights between 11 and 25 February 2020 will depart as planned but be operated by other carriers.

Passengers can expect to travel on the same day and at the same time as indicated, and can use their same Air Italy ticket.

If you have a return ticket and are due to leave on or before 25 February but fly home after this date, you can take your outbound flight as scheduled but will need to contact Air Italy or your travel agent to rearrange your return.

You will be offered a seat on the first flight available operated by another airline, though Air Italy says customers will only get the details of their new flights from 18 February.

Passengers who were due to begin their journey after 25 February will not be able to fly and should claim a full refund.

Anyone due to fly with Air Italy, regardless of when, is entitled to request a refund – either for the price of your ticket in full or, if you opt to take one leg of a return flight, for the unused flight segment.

You can request a refund by emailing [email protected] If you booked through a travel agent, contact them first.