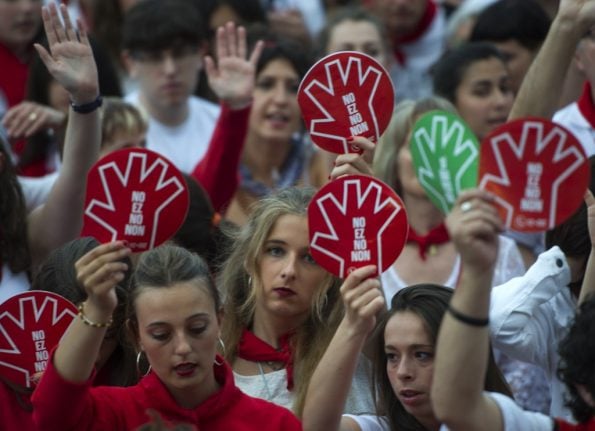 The alert said the Spanish Ministry of Interior has reported “a steady increase in the number of sexual assaults nationally over the past five years.”

“This includes a rise in sexual assault against young US citizen visitors and students throughout Spain,” the advisory from the US Embassy in Spain warned.

Spain’s ministry of interior just released figures relating to sexual assaults in the first nine months of 2019 and they reveal that a steady increase in reported crimes over the last five years.

A total of 11,587 “denuncias” – police reports – for sexual crimes were reported between January and September, an average of almost 32 per day.

Embassy sources said that last year officials dealt with 34 reported cases of sexual assaults on visiting American women in Spain. And in the first month of 2020, six reports had already been made.

The advice comes a month after the alleged rape of three American women in the city of Murcia, southeastern Spain, on New Year's Eve.

There is also an ongoing investigation, highlighted by The Local last year, into a Spanish tour guide who allegedly sexually assaulted dozens of American students on gap years in Spain while they were on organised trips across Spain and Morocco.

Controversially, under Spanish law, sexual abuse refers to a broad spectrum of crimes that occur “without consent”. A rape conviction requires evidence of violence or intimidation.

The law is under review following outcry over the verdicts in a gang rape carried out on a teenage in Pamplona in 2016.

The US warning highlighted the difficulty that those who suffer attacks may face in reporting it and getting justice.

The advisory warned: “U.S. citizen victims of sexual assault in Spain can find it very difficult to navigate the local criminal justice system, which differs significantly from the U.S. system.”

How to stay safe

The advisory went on to urge visiting Americans to take precautions against sexual assault during their stay in Spain with a list of “actions to take”.

These included the common sense warning to: “Drink responsibly.  Do not consume beverages that have been out of your control.”

But it also warned against travelling solo. “Use the buddy system, and travel with a friend or a family member.”

What to do if you are sexually assaulted

And it advised those who have been the victim of a sexual assault in Spain to call 112 immediately, to contact a local lawyer from its list of English-speaking attorneysand to and to notify the Embassy (contact numbers can be found on the website).