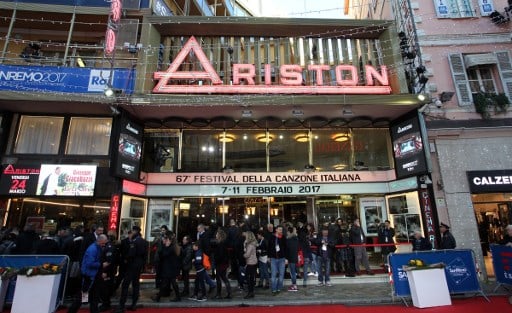 Sanremo is a key date in Italy's cultural calendar. In 2020, it runs from Tuesday 4th to Saturday 8th February.

Whether it's entertaining, over-rated, tacky, or exciting really depends on who you ask, but here are some facts about the festival that can't be disputed, so you have some trivia to impress all your Italian friends with.

It was created to boost Italy's postwar economy

In the late 1940s, Italy's economy was in tatters, and after the fall of Benito Mussolini's fascist regime, the country was searching for a new cultural identity too. In collaboration with broadcaster Rai, the bosses of Sanremo's casino decided an annual song festival would help achieve both aims, and so the festival – then called Festival della Canzone Italiana (Italian Song Festival) was born. The first edition was held in 1951, in the final weekend of January.

The festival is held in the Ligurian seaside town of Sanremo. Since the town casino's manager was one of the original organizers, that was the initial location, but in 1977 the show moved to the Theatre Ariston as the casino was undergoing renovations. After that, the theatre hosted the festival every year – except for 1990, when Sanremo's flower market had the honour. It was the inspiration for Eurovision…

Yep, Europe's annual festival of all things cheesy, glitzy and Europop took its inspiration from Sanremo. The Eurovision Song Contest kicked off five years after the first Sanremo Festival, and the relationship works both ways – the winning acts at Sanremo usually go on to represent Italy at Eurovision that year. However, they sometimes turn their noses up at the Europe-wide competition, as was the case in 2016 when the runner-up at the festival was asked to step in as the Eurovision entry.

…And it's responsible for 'Volare'

Over the years, the Sanremo Festival has catapulted plenty of singers to international fame, including Andrea Bocelli and Laura Pausini. But perhaps the most famous product of the festival is 'Volare', the 1958 winner and probably the best known Italian song in the globe. But despite its notoriety, few people actually know that the song's real name is actually 'Nel blu dipinto di blu'.

Those are the two categories in the competition, with established artists and unsigned names, though in the past there have been two extra categories – Groups and Classics. This year there will be 20 artists competing for the big prize, alongside eight newbies. However, for the first 20 years it was held, each song was sung by two different artists, to emphasize that this was a song competition rather than a prize for the best performer.

The song titles from newcomers this year include two titles all Italian-learners will be familiar with: 'Il congiuntivo' (the subjunctive) and 'Come stai' (how are you).

These days, only one artist sings each song, but it must be a totally original entry which has never been performed in public before. The winner is decided by a jury and online public vote, meaning it has evolved into more of a reality TV show than a festival.

The festival is a major event, with Italian and international celebrities gracing the red carpet and stage alongside the competitors. Last year, Robbie Williams, Biffy Clyro, Clean Bandit and Ricky Martin all performed at the opening ceremony, and in the past, the festival has hosted Queen, The Village People, Avril Lavigne and Cher. But perhaps the most controversial guest was burlesque dancer Dita von Teese in 2010, when she stripped on stage until her modesty was protected only by $2.5 million worth of diamonds.

The event sees celebrities, Italians and tourists flock to the Ligurian coast, so security is always on high alert. For the past two years, cement blocks have been in place to prevent vehicle access on the seafront area, there will be a huge police presence and surveillance drones in operation.

Sanremo is known locally as the 'city of flowers', and it holds a spectacular flower festival at around the same time as the musical extravaganza, usually a little later at the start of March. So while you're watching the show on TV, make sure to look out for the magnificent floral displays.

A version of this article was first published in February 2017.

CULTURE
Why one of Sweden’s most famous children’s book series is still so relevant
Url copied to clipboard!