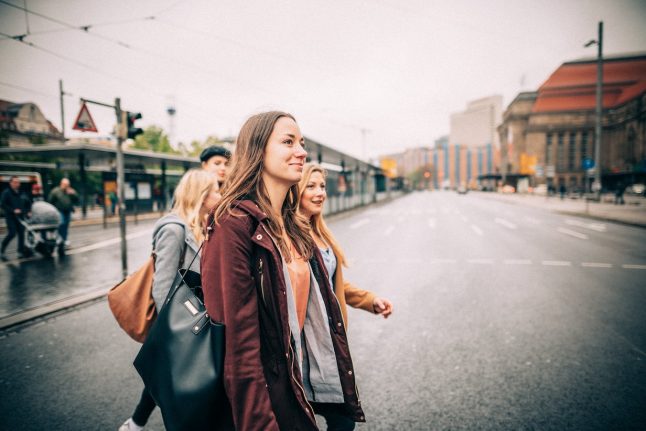 The UK has long enjoyed a good reputation for its high-quality education and the international renown of its top universities. However, the uncertainty of Brexit has led to a decline in EU students who worry about the ease of travel and post-study opportunities following Britain’s divorce from the European Union.

It was partly in response to these concerns that Lancaster University has established a new branch campus in Leipzig, its first in mainland Europe. Additionally, Germany offers unique opportunities for students and graduates with a robust economy and many English-speaking jobs. The university, which is highly ranked in all three major national league tables as well as international league tables, has existing campuses in Ghana, Malaysia and China. The opening of the Leipzig campus marks the first time a public British university has established a full campus in Germany. “After the UK, Germany is the second most attractive European country for international students,” says Dr. Elisabeth Grindel-Denby, Director of Lancaster University’s Leipzig campus. “Lancaster University chose Leipzig because it has everything that is needed to offer students an amazing experience during their studies. It’s diverse, has good connections to the rest of Europe; there’s a good housing market and growing industries and thus the prospect for jobs.”

Click here to find out more about Lancaster University Leipzig

She adds that nearly half a million foreign workers are needed each year to meet Germany’s labour demand**. The opening of the Leipzig campus provides a stepping stone for young talent to move to Leipzig, a lively, up-and-coming city where, in the last three years alone, 20,000 new jobs have opened up across all industries. Germany's sixth-largest city is also the country's fastest-growing city and has recently reached over 600,000 inhabitants.

Earlier this month, the campus welcomed its first cohort of students on the Business and Computer Science foundation programmes. From September 2020, four Lancaster University-accredited bachelor’s programmes will be offered in Accounting and Finance, Business Management, Computer Science, and Software Engineering, areas in which talent is globally in high demand. Students will benefit from the high calibre of education that has earned Lancaster University its global reputation for excellence while enjoying the perks of life in the EU, such as cheaper living costs and lower tuition fees. The Leipzig campus also offers student funding for EU students as well as generous merit-based scholarships. “Students study completely in English but in a German setting, so in a way you get two languages for the price of one,” says Dr. Grindel-Denby, adding that there will also be the option to take free entry-level German courses. “It’s interesting to study at a British university in Germany because we have a high emphasis on student support. So that might be social care and wellbeing, but also the small, interactive seminars and research-based learning.”

The Leipzig campus also provides a new option for students who want to study abroad. As all programmes are Lancaster University accredited, students at the Leipzig campus can transfer and spend a year studying in the UK with no interruption to their studies. British students who wish to study in Leipzig will also be supported with their applications and will not be required to pay non-EU tuition fees.

“Students can do an exchange year without losing out on content,” explains Dr. Grindel-Denby. “They can spend their second year of the Bachelor programme in Lancaster if they choose to do so, and they wouldn’t need to catch up. They just go back to the third year. I think this is really exciting.”

Click here to find out more about Lancaster University Leipzig

* By The Times and The Sunday Times

** According to the IAB Institute for Employment Research

This article was produced by The Local Creative Studio and sponsored by Lancaster University Leipzig.