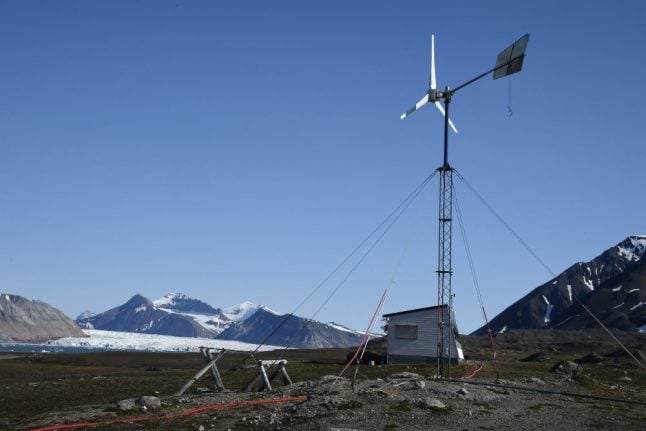 Solberg is now at the head of a minority government after its erstwhile partner said it was leaving the right-wing coalition government over the repatriation of a suspected Islamic State member and her two children last week.

“We don't compromise with people who have voluntarily joined terror organisations. That was the last straw,” party leader Siv Jensen told reporters in Oslo.

Without the Progress Party, the coalition, headed by Solberg, loses its majority in parliament, but she will still remain in charge.

READ ALSO: What next for Norway's government after break-up of coalition?

As she announced her party's exit, Jensen said it was “natural” that Solberg would remain prime minister, suggesting that the groups will continue to work together to pass legislation.

But three areas have already been highlighted as possible battlegrounds on which Jensen’s party, now free of the restraints of government, could pressure the government.

Speaking on NRK’s Politisk kvarter programme on Tuesday morning, Progress Party deputy leader Sylvi Listhaug said that wind power; power cables connecting Norway with grids abroad; and the area considered to be part of the Barents Sea ice were three areas on which her party disagrees with the government.

Listhaug herself has previously claimed that wind power “pollutes Norway’s nature”. She said that her party is in support of giving local authorities the right to veto wind farm construction.

“We have seen fury in many places locally, because local populations and local politicians are being overruled by national authorities. We want to stop that,” she said.

The Progress Party is also set to resist the government’s plan to construct the North Connect power cable from Hardanger to the United Kingdom.

The Norwegian Water Resources and Energy Directorate has said the cable will be profitable for Norway overall but will result in slightly higher electricity costs.

“We are not interested in completing the North Connect cable, which is being built to supply electricity abroad and will give most people higher electricity prices,” Listhaug told NRK.

Prior to Monday’s split, the government was not in agreement over how to define the limits of the Barents Sea ice. Some support placing the ice border further north, enabling more oil exploration, while others want it placed to the south, protecting the region’s environment.

“I don’t see it being relevant for us to move the ice border one metre to the south. It should rather be moved north,” Listhaug said.

READ ALSO: Norway's PM promises to keep looking for oil 'as long as it is profitable'

The meeting was held between the Ministry of Defence and the US embassy’s top official.

“The defence ministry held a meeting with the US embassy in Oslo today where we made it clear that spying on allies is unacceptable and unnecessary,” Norway’s Defence Minister Frank Bakke-Jensen said on Twitter.

The ministry said the US charge d’affaires — Richard Riley, according to the embassy’s website — was the person who attended the meeting with a senior Norwegian official.

The US embassy is currently without an ambassador.

In an investigative report on Sunday, Danish public broadcaster DR revealed together with several other European media outlets that the US National Security Agency (NSA) had eavesdropped on Danish underwater internet cables from 2012 to 2014 to spy on top politicians in Germany, Sweden, Norway and France

“I’m pleased that the Americans clearly said that they changed their practices in 2014 when it comes to the monitoring of allies, and that they want to cooperate with us and others to chart what happened,” Norwegian news agency NTB quoted Norwegian Prime Minister Erna Solberg as saying.

“We summoned the US embassy in Oslo today to follow up on this,” she added.

According to NTB, Solberg also held talks on Thursday with her Danish counterpart Mette Frederiksen.

“I reiterated that we consider espionage against close friends and allies unacceptable and unnecessary,” she said.

US eavesdropping on European leaders is, however, not new.

Among other things, the documents showed the US government was spying on its own citizens and carrying out widespread tapping worldwide, including of Merkel’s mobile phone.

However, if the Danish-US spying is confirmed, it went on during and after the 2013 Snowden affair.

In 2014, following the Snowden scandal, a secret internal working group at FE began looking into whether the NSA had used a Danish-US spying collaboration — called XKeyscore — to spy on Denmark’s allies, DR said.