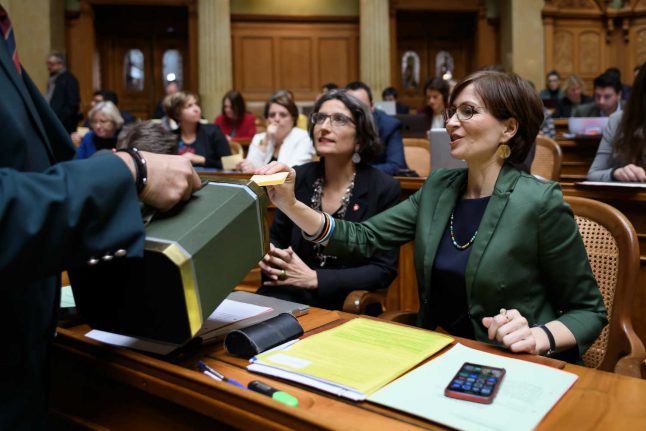 As reported by The Local on Wednesday, the Greens have not secured a seat on the Federal Council.

The Swiss media has reacted to the news with widespread calls for reform.

EXPLAINED: What you need to know about the Swiss Federal Council election

Switzerland is run by a seven-person executive which acts as the head of state. This has traditionally been made up of representatives from the four biggest parties, with the three most popular parties getting two seats each – and the fourth most-popular getting one.

This has been known informally for 60 years as the ‘magic formula’.

This time around, however, despite being the fourth most popular, the Greens have been shut out of the executive.

French-language newspaper La Libertie has said it is time for an end to the status quo in Swiss politics.

“[The major parties] can sing in unison the virtues of the concordance and stability of the Swiss political system, but they are no longer under any illusion: the 60-year-old magic formula is dead”.

Le Courier doubled down, saying that the larger parties were afraid of the Green wave and its potential impacts – thereby undermining the will of the people.

“The Federal Council now only represents 69 percent of voters, it hovered around 85 percent in the 1960s.”

“[Green representative] Mrs. Rytz was too much. Too much left, too much woman… this is the prohibitive defect in the election by indirect suffrage of the Federal Council”.

“The magic formula is now magic in name alone”.

“It should also be noted that parliament has re-elected the government that is least representative of the party electoral force since 1959.”

The Swiss-German press was similarly pessimistic of the outcome.

The Neue Zürcher Zeitung also forecast the death of the magic formula.

“The old magic formula is finished – but a new one will not arise in harmony… parliament clearly failed”.

The Tages Anzeiger said that a need for stability should not be prioritised over democracy.