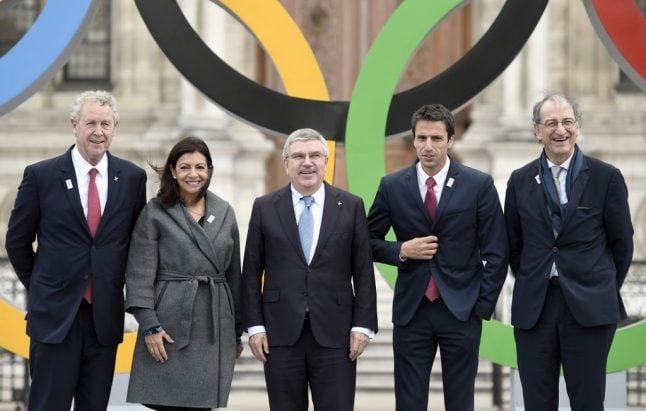 Anne Hidalgo, a Socialist who is up for re-election next year, vowed in the letter sent Friday to IOC chief Thomas Bach her “total determination” to tighten rules on tourist rentals in the French capital, which is one of Airbnb’s biggest markets and will host the 2024 summer Olympics.

Paris has 65,000 Airbnb listings alone, sparking charges by city officials that the company is pushing up rents by encouraging people to favour the tourist market over residents.

The French capital has been locked in several legal battles with the US giant, and in February demanded it pay €12.5 million in fines for allowing owners to rent properties without registering with the city.

In her letter, Hidalgo said she could outlaw short-term tourist rentals in some parts of the city altogether if tighter restrictions are not put in place at the national level.

“By removing a significant number of lodgings from Paris, Airbnb contributes to rising rents and worsens the shortage of apartments on the rental market, at a cost for all Parisians, in particular the middle class,” Hidalgo wrote.

She also accused the platform of “destabilising local businesses and competing harshly with traditional hotels.”

Hidalgo’s deputy mayor in charge of housing, Ian Brossat, told AFP on Monday that he regretted the IOC’s choice of partner “at a time when many cities in Europe and the world are fighting back against Airbnb.” 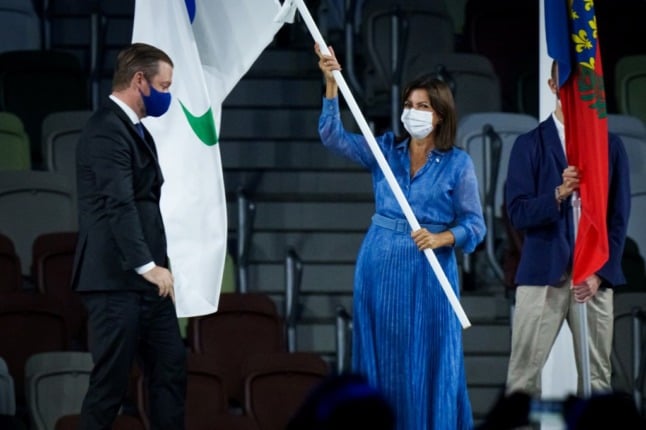 Team GB is riding high in the medal tables at Tokyo once again, trailing only China in terms of golds.

And London’s Paralympics are widely cited as the benchmark for the biggest international event in para sports.

“We all took note of the success of London 2012. It was a real turning point,” says Tony Estanguet, president of the Paris 2024 organising committee.

“We’ve met their teams and continue to work with them,” he told AFP, adding that he talked during the Olympics with his London 2012 counterpart Sebastian Coe, who now heads World Athletics.

“Their success was about very strong communication,” says Estanguet, citing efforts by both the organising committee, but also the advertising campaign of Paralympic broadcaster Channel 4.

Here's the #Paris2024 Olympic-Paralympic organiser meeting with the UK's Channel 4 to learn more about their groundbreaking Paralympics coverage since 2012 https://t.co/rC0NwmNITQ

The British channel famously rolled out its Paralympic campaign after the Olympics under the tagline “Thanks for the warm-up”, in an unapologetic celebration of the sporting prowess of Paralympians.

And it has run award-winning television promotions for the Paralympics under the theme “Meet the Superhumans.”

“The investment that Channel 4 has put in us has shown disability in a really positive way,” British sprinter Libby Clegg told AFP.

The two-time silver medallist at Rio began her Paralympic career in Beijing in 2008 and has seen the evolution of coverage and focus on Paralympics.

“It has been great for us as disabled people especially in the UK. It is great to see that this coverage has continued on,” she said.

And its not just British athletes who feel that way, with French judoka and Tokyo Games flagbearer Sandrine Martinet recalling the famously packed stands in London as a turning point.

Let's get excited, we just can't hide it

For the first time in history, France will organize the Summer Paralympic Games in 2024!
Let's go big!

“Culturally speaking, we felt the atmosphere was different in London. Something happened during those Games.”

Estanguet credits “a really strong approach to ticketing, based on school audiences, which worked really well.”

And the communication, publicity and ticketing made a tangible difference: while only 18 percent of Brits could name a Paralympian in 2010, the figure was 41 percent by the end of the 2012 Games.

Interest in the Paralympics and medal success have gone hand in hand for Britain, which hasn’t come lower than third in the medal table in the last 20 years, and has only slipped below second once.

The Paralympics have a particularly British history, having been invented in the UK’s Stoke Mandeville which hosted the first precursor to the Games in 1948

But the Brits have also not rested on their laurels, managing to maintain their position even as other countries improve.

That has contributed to a professionalisation of the Games.

“You can’t win a medal here if you train two or three times a week,” points out German long jumper Markus Rehm.

One of the features of the British model has been the integration of disabled athletes into the federations in charge of each sport.

France begun doing the same in December 2016 after a decree issued by the sports ministry.

“What we want is to do sport together,” said Sophie Cluzel, French secretary of state for people with disabilities.

But Stephane Houdet, France’s other Tokyo Paralympics flagbearer and a wheelchair tennis player, believes his country is “still at the start of the road.”

“The Olympic delegation came with 24 staff members, we have three,” he told AFP.

“We still have work to do.”

“They put disabled sport on the same level as non-disabled. They share training slots at the national velodrome,” he said.

“If we asked for that, they’d laugh in our face.”