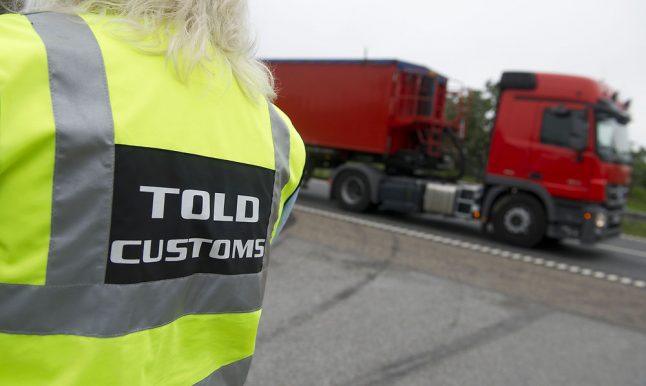 The last three years have seen a seven-fold increase in the number of illegal weapons seized by the Danish Customs Agency (Toldstyrelsen).

The agency has clamped down on the area, an important measure according to tax minister Morten Bødskov.

“Recent years have seen customs officers at the border and the airport register a consistent increase in illegal weapons. That is evidence of a big problem which we must come down hard on,” Bødskov said.

The trend appears to be continuing this year, with 9,400 illegal weapons seized in the first nine months.

In addition to increasing the number of customs officers, better equipment for scanning parcels has contributed to the results.

Other weapons made to resemble everyday objects like cards that can fold out into knives or tasers that look like torches have also been detected.

When packages containing illegal weapons are detected, they are reported to police who contact the package’s recipient on suspicion of breaking Danish weapons laws.

Swiss weapons exports are on track for their highest year on record. Photo: FABRICE COFFRINI / AFP

Switzerland exported CHF690 worth of weapons over the first nine months of 2020. That’s a 38 percent increase on the CHF500 million sold over the corresponding period in 2019.

The biggest customers for Swiss weaponry were Denmark, Indonesia and Germany.

In total, 76 countries bought Swiss weapons during the period.

According to current figures, weapons exports are on track to be the highest in Swiss history – beating the record of CHF893 million set in 2011.

The news has been heavily criticised by a number of non-government organisations critical of weapons being sold to countries at war or who may use them against their own citizens.

The Organisation for Switzerland without an Army (GSOA) and Terre des Hommes have been critical of the figures, particularly as the industry has called for a decrease in regulation in recent years.

GSOA wrote in a statement “the death business is flourishing”.

Saudi Arabia – currently involved in a conflict in Yemen – appear on the list, along with Brazil. Weapons opponents are concerned the Swiss exports could be used in the country’s slums, Der Bund reports.