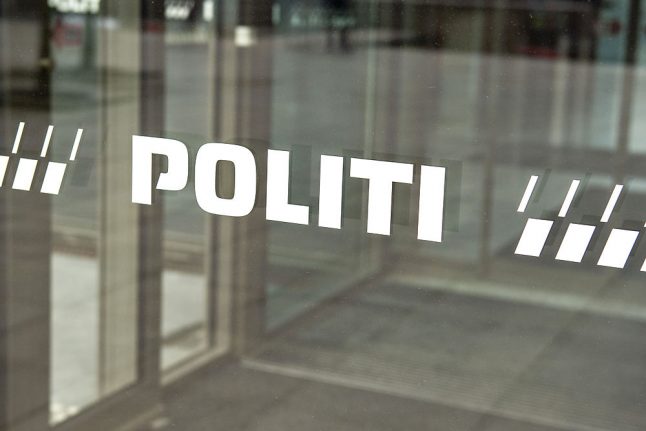 Although annual police figures show little change in the amount of reported hate crimes, instances are not always reported, according to a National Police (Rigspolitiet) press release.

The police say they will continue working with interest organizations as well as launching a campaign to encourage witnesses and victims to report potential hate crimes.

But the conclusions of the annual report suggest that more police resources are required regarding hate crime, according to Tenna Wilbert, head of the police’s National Prevention Centre (Nationalt Forebyggelsescenter) against extremism.

“Hate crime is a prioritized area which police have high focus on. But it is also a complex area because a hate crime can be anything from offensive shouts on the street to graffiti to serious violence, and it can be hard to ascertain what the motive is for the crime,” Wilbert said in the press release.

“If we are to be able to investigate and improve prevention, it’s important that we know the extent and know where hate crime is taking place. That’s why we are working to get … more people to report to police if they have been subjected to a hate crime,” she continued.

“We are doing that through increased partnership with interest organizations and through a new campaign,” Wilbert added.

The campaign is entitled ‘Stop hadet’ (Stop the Hate).

“It’s important that all hate crime is reported, even if it’s just a ‘smaller’ offense, like being verbally abused on the way home from a night out,” Wilbert said.

“Police can’t always find the persons responsible for a given incident, but every report helps to paint a picture of an area and show whether there’s a trend we need to tackle,” she said.

2018 saw 84 formal charges for hate crimes brought against 101 persons throughout the country, compared to 95 charges against 102 persons in 2017.

Hate crimes reported in 2018 consisted primarily of violence, vandalism, hate speech and threats. Of the 449 registered hate crimes, 89 took place on the internet, according to the police figures.

Police received calls at 6.20 am reporting that mountaineers had been caught up in falling seracs — columns of glacial ice formed by crevasses — on the Grand Combin, a glacial massif near the Italian border in the Wallis region.

“Two people died at the scene of the accident,” Wallis police said in a statement. They were a 40-year-old Frenchwoman and a 65-year-old man from Spain.

Nine mountaineers were airlifted to hospitals in nearby Sion and in Lausanne. Two of them are seriously injured, police said.

Other mountaineers were evacuated by helicopter.

The regional public prosecutor has opened an investigation “to determine the circumstances of this event”, the police said.

The serac fall happened at an altitude of 3,400 metres in the Plateau de Dejeuner section along the Voie du Gardien ascent route.

The Grand Combin massif has three summits above 4,000 metres, the highest of which is the Combin de Grafeneire at 4,314 metres.

The police issued a note of caution about setting off on such high-altitude expeditions.

“When the zero-degree-Celsius isotherm is around 4,000 metres above sea level, it is better to be extra careful or not attempt the route if in doubt,” Wallis police said.

“The golden rule is to find out beforehand from the mountain guides about the chosen route and its current feasibility.”