Elis is described as having "a large appetite for all that life has to offer". Image: Ica

Elis is a typical six-month-old: curious, smiley, and interested in food, toys, and adventures. The only difference is she isn't actually a real baby.

First announced by the company on Wednesday, Elis has already picked up over 2,000 followers on her Instagram account.


The goal of the virtual baby and her Instagram account is to draw attention to Ica's newly broadened range of baby foods, according to a company press statement.

“Becoming a parent for many people is fun, scary and confusing; with Elis we want to help in this confusion and create an entertaining, informative and hopefully very rewarding place where people can get answers on diet, health and everyday things,” said Ica dietician Paula Frösell.

Reactions to baby Elis have had some comments on her Instagram calling her “sweet” and “cute”. But like many influencers, she has also received her fair share of online negativity, with one Twitter user saying she resembled “a baby from a horror film” and another saying “thanks for the inspiration for my nightmares”.

“Uncanny valley right there,” commented Alex Black on The Local's Facebook page, referring to the theory that suggests that humanoid objects provoke an increasingly eerie feeling when they almost-but-not-quite resemble humans.

“Based on the picture alone? Creepy,” commented Sofia Meaden.

And some on Twitter also drew comparisons between Baby Elis and Chucky, the evil doll who is the main antagonist of slasher movies Child's Play: 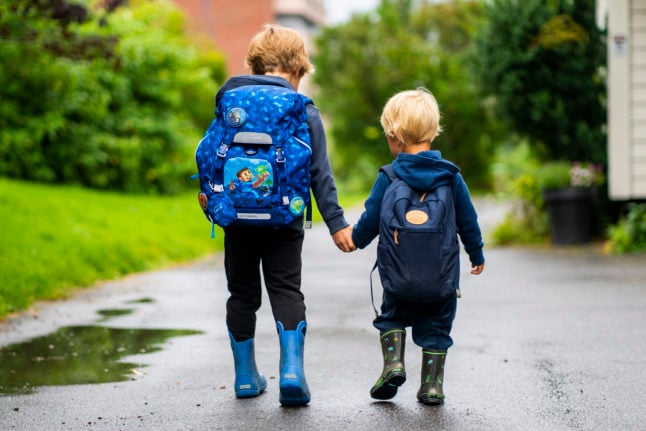 Preschool childcare is not free in Sweden, but fees are income-based, with a maximum fee across the country 1,572 kronor (€145) per child per month (fees for 2022).

There are also deductions for each child if you have multiple children attending preschool at the same time – in this case the maximum fee would be 1,048 kronor for the second child and 503 kronor for the third, with parents paying no fee for any further children.

Children over three are entitled to 15 hours of free preschool education per week, so these are deducted from your fee once your child reaches this age.

To get an idea of how much you would have to pay based on your income, you can use this calculator (in Swedish – similar calculators exist for other municipalities). These fees are adjusted yearly by the Swedish school authorities and are applicable to all municipalities. If your child has a preschool place, you have to pay even if you do not use it – over summer or during holidays, for example.

School meals and preschool meals are free in Sweden, meaning you don’t need to pay extra for your child’s lunch, breakfast, or any snacks served during the day.

The government pays 75 percent of the cost of a place or even more if your household income is below a certain threshold.

If you have more than one child using childcare, you pay full price for the most expensive daycare and half-price for the others.

The cost of nursery and kindergarten is capped at 3,050 Norwegian kroner, regardless of the hours attended or whether that facility is state-run or private. This means you’ll never pay more than roughly €295 a month per child in childcare costs.

The costs for daycare centres (Kindertagesstätte, or Kita for short) can differ greatly depending on where you live in Germany, as the fees are set by the local government.

In Schleswig-Holstein in the far north, parents pay on average nine percent of their after-tax income on childcare costs. In Hamburg, 4.4 percent of parent’s income goes on childcare as every child in entitled to five hours of free care a day. In Berlin, daycare is completely free.

Costs can vary depending on whether it is a  private or public guardería or centro infantil (as nurseries are called in Spanish).

Public ones are heavily subsidised by the government and cost around €100-260 per month, depending on where you live in Spain and your situation. Private nurseries cost between €150 and €580 per month. There is also a fixed yearly fee called a matrícula or enrolment fee, which is around €100.

There is a 50 percent discount for large families and single parents don’t have to pay anything for childcare.

There’s also a deduction of up to €1,000 (cheque guardería) that is applied to the income tax return and works out at around €100 to €160 per month which is aimed at working mothers and is available up until the child is three years old.

In France, crèches tend to be the most affordable option and the cost is based on the family’s income. High earners might pay up to a maximum of €4.20 an hour (€33.60 for an 8-hour day), whereas low-income families might pay €0.26 an hour (€2.08 for an 8-hour day) at a crèche collective, which is for three months to three year olds. At the age of three, compulsory education begins in France.

The cost of a childminder is around €10.88 an hour and up to 50 percent of the costs of a nanny or professional childminder can be reimbursed by the government.

The OECD calculations on the percentage of income spent on childcare – based on two parents both working full time – is 13 percent in France. This is roughly similar to Spain and Italy.

Public nurseries and kindergartens are heavily subsidised and in some cases free, depending on where you live. For example in Vienna, parents only need to pay €72.33 a month to cover meal costs, with low income families being exempt from that fee.
Vienna also subsidises private kindergartens, paying up to €635.44 a month directly to the institution.
In other provinces, kindergarten is free for part-time hours. It is mandatory for all children in Austria to attend part-time kindergarten from the age of five. They start school aged six.

The average Swiss family spends a massive 41 percent of their net income on childcare, three times the OECD average of 13 percent.

According to charity Coram in their Childcare Survey 2022, the average cost of full-time nursery is £1,166 (around €1,304 a month), which is even higher in some parts of London. There are some government subsidies available for low-income families and those receiving benefits and every parent is entitled to 15 or 30 free hours of childcare the term after their child turns three years old.

The cost of childcare varies within each country, depending on family circumstances. However, for guaranteed low childcare costs for every parent, Sweden comes out best, with a maximum of €145 a month.

By Emma Firth and Becky Waterton 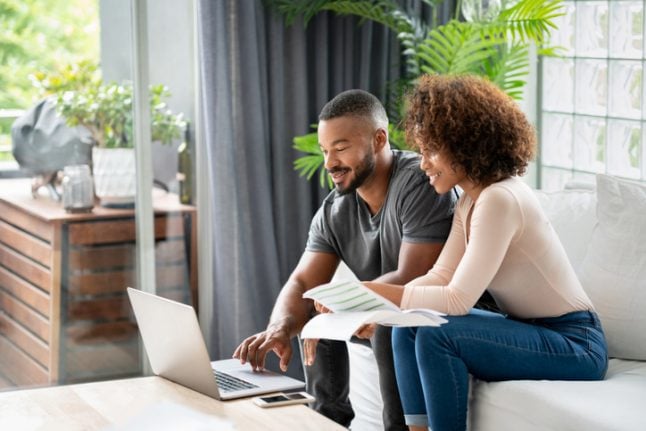