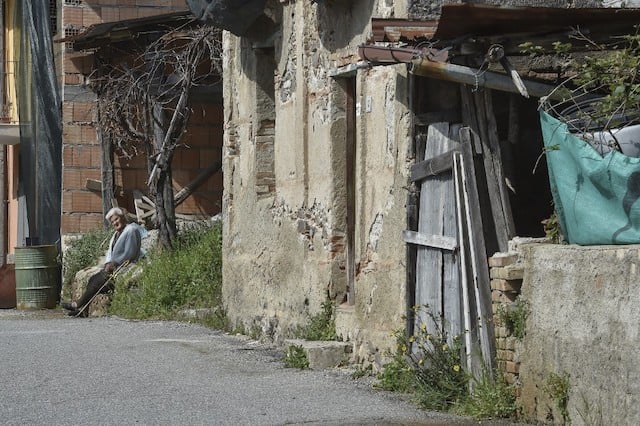 The village of Sant' Alessio in Aspromonte in Calabria, one of Italy's poorest regions. Photo: Andreas Solaro/AFP

“We have to try to get Europe to recognise a special status for our south, to allow us to launch extraordinary measures for development,” Conte said on Facebook before heading off to Brussels to meet new Commission head Ursula von der Leyen.

Special status would give the country's southern regions preferential and direct access to some EU programmes.

READ ALSO: Here are the main things Italy's prime minister says his government will do

Over 1.8 million families were living in absolute poverty in the south in 2018, according to the latest Eurostat figures.

It is currently plagued with some of the highest youth unemployment figures in Europe. The dearth of work opportunities for youngsters plays into the hands of recruiters for powerful organized crime groups.

“Youth unemployment in southern Italy exceeds 50 percent, there is a lack of investment, development policies and strategies to relaunch it,” the Five Star Movement's members of the European parliament said in a statement.

They backed Conte's appeal for special status and said they would also take the fight to European austerity policies blamed for “emigration, poverty and unemployment” in the south.

Conte said he would also be calling on von der Leyen for a change to the EU's Stability and Growth Pact — which limits budget deficits in member states — and the so-called Dublin regulation, which assigns responsibility for
migrants to the nation of first entry.