Penelope Cruz on the red carpet at the screening of the film "Wasp Network" in Venice. Photo: AFP

Hollywood star Penelope Cruz warned Sunday that technology was driving high anxiety that would one day make “all our brains explode”.

The Spanish mother-of-two said she was worried about how children's mental health and development were being affected by the ubiquity of tech.

“I have my personal war with it,” she told reporters at the Venice film festival.

“I wish we could have lived in the 1990s for a little longer. For mental health issues that would have helped a lot, because I think things are going at a speed that we are unprepared for,” said the actress.

Cruz, 45, who is starring in “Wasp Network”, a thriller about five Cuban undercover agents who became heroes for infiltrating radical exile networks in Florida, said tech was coming to utterly dominate children's lives, hogging their time and imaginations.

“This might seem like an exaggeration to other people, but I am convinced that we were raised with a different relationships with technology,” she said.

“Right now children and teenagers are in contact so much with electronics and it takes the time away from children to learn to play, to have conversations, to be at a table having dinner talking to their family, or to be bored — which is something important we all should learn as children.”

Cruz, who has an eight-year-old son and six-year-old daughter with fellow Spanish star Javier Bardem, said our lives were being swallowed up by it.

Tech's daily dominance was “not only affecting children, but all of us…. It is something that is creating a lot of general anxiety and I wonder if this continues all of our brains are just going to explode,” said the actress, who made her name in “Jamon, Jamon” when she was only 15.

Cruz said that she hoped that rising fears about what we are doing to the planet would chime with a harder look at what tech was doing to us.

“I hope that there will be a movement for people to live in a different way, that will value a different pace, which leads us to the other big issue, what happens to the environment,” she added.

READ ALSO: There are still 16,000 public telephones in Spain 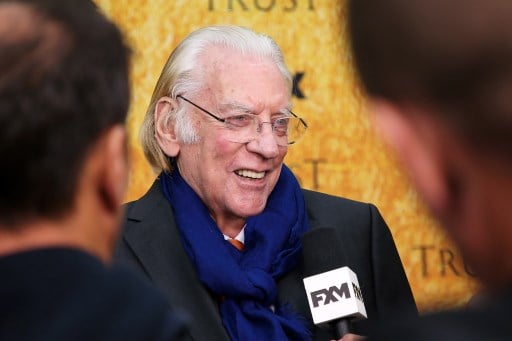 TECHNOLOGY
There are still 16,000 public telephones in Spain

Holders of French carte d’identité (ID cards) will soon be able to carry certified digital versions of them on their smartphone or other electronic devices, a decree published in the Journal Officiel has confirmed.

An official app is being developed for holders of the newer credit card-format ID cards that have information stored on a chip. A provisional test version of the app is expected at the end of May.

Users will be able to use the ID card app, when it becomes available, for a range of services “from checking in at the airport to renting a car”, according to Thierry Breton, EU Commissioner for the Internal Market.

All French citizens have an ID card, which can be used for proving identity in a range of circumstances and for travel within the EU and Schengen zone – the new app will be in addition to the plastic card that holders already have.

Under the plans, after downloading the app, card holders will need merely to hold the card close to their phone to transfer the required information. According to officials, the holder then can decide what information is passed on – such as proof of age, or home address – according to the situation.

The government has not given any examples of situations in which the app would need to be used, but has set out the main principles and the ambition of the plan: to allow everyone to identify themselves and connect to certain public and private organisations, in particular those linked to the France Connect portal.

READ ALSO What is France Connect and how could it make your life simpler?

Cards will continue to be issued for the foreseeable future – this is merely an extension of the existing system.

Only French citizens have ID cards, but if successful the app is expected to be rolled out to include other cards, such as driving licences, cartes de séjour residency cards or even visas. A digital wallet is being developed at the European level – Member States have until September to agree what it could contain.

TECHNOLOGY
There are still 16,000 public telephones in Spain
Url copied to clipboard!