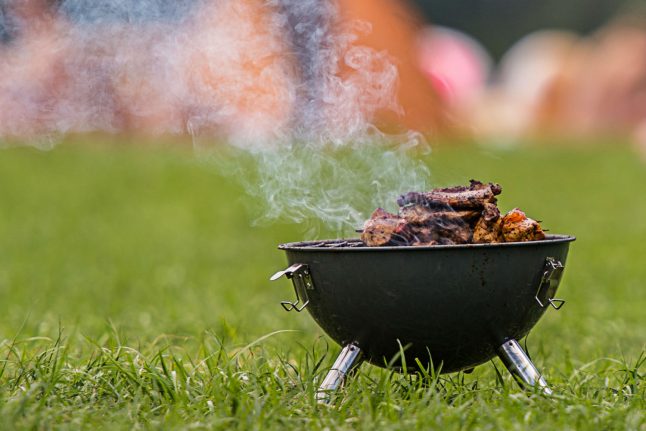 German politicians are speaking out in favour of raising the VAT (Mehrwertsteuer) on meat in a bid to improve animal welfare and cut CO2 emissions.

The decision makers want to raise the tax to the standard VAT, or 19 percent, up from the current seven percent that consumers are required to pay for meat products.

“I’m in favour of raising the VAT reduction and using it for greater animal protection” said Friedrich Ostendorf, a Greens spokesman on agricultural policy.

He pointed out that there is no reason that the meat should be taxed less, while products such as oat milk are taxed the standard 19 percent VAT.

The increase was originally put forward by Germany’s Animal Welfare Association. “Parallel to the CO2 tax, we also need a meat tax,” its president Thomas Schröder said, pointing out that meat, milk and eggs only cost “a few cents” per kilo.

The increased VAT, say the politicians, would have the double advantage of reducing CO2 emissions.

In its 2016 climate protection plan, Germany's so-called 'grand coalition' – made up of Chancellor Angela Merkel's  Christian Democrats and the centre-left Social Democrats – agreed in targets for the agricultural sector: by 2030, emissions should fall by 31 to 34 percent compared with 1990 levels.

'It would affect consumers'

The proposed increase comes as Germany continues to face increased scrutiny over how it treats its livestock.

In June, Germany’s top court controversially ruled that the slaughtering of male chicks – about 45 million per year – may continue in the poultry industry.

Rainer Spiering, the SPD's agricultural policy spokesman, also felt that a meat tax could reduce consumption but that “it would mostly affect consumers,” rather than leading to a shift in standards in the meat industry.

He added that meat producers and food retailers would also have to make a contribution to sustainable livestock farming.

Christian Democratic (CDU) agricultural politician Albert Stegemann said the “meat tax” was a “constructive” first step to changing farming practices, but that the extra funds generated by it should go back to the livestock industry directly.

“This additional income would have to be used as an animal welfare premium in order to support the livestock farmers in Germany during their restructuring,” said Stegemann.

“The road to socially sustainable livestock farming would cost billions of euros, which farmers in Germany would not be able to bear alone.

Bernhard Krüsken, General Secretary of the German Farmers' Association, spoke out against the tax on Wednesday.

“It is not the tax authorities but farmers who need funds and support for the further development of animal husbandry,” he said.

Opting for a vegetarian diet

Since 2011 meat consumption in Germany has been decreasing, with 2,000 Germans per day deciding to go vegetarian, according to supermarket group REWE.

There are a total of eight million vegetarians in the country, according to current estimates, or 10 percent of the population.

The turn to a meat-free diet has led to a slew of more affordably priced vegetarian and vegan products throughout the country, yet many consumers still complain these are priced too high, reports bento.

“Do vegetables cost too much, or meat too little?” the online newspaper asked rhetorically.

After an introduction by his joint leader Märta Stenevi, Bolund declared that his party was going into the election campaign on a promise “to further strengthen welfare, with more staff and better working conditions in healthcare, and school without profit-making, where the money goes to the pupils and not to dividends for shareholders”.

Only then did he mention the party’s efforts when in government to “build the world’s first fossil-free welfare state”.

“We know that if we want welfare to work in the future, we must have an answer to our time’s biggest crisis: the threat to the environment and the climate,” he said.

“We know that there is no welfare on a dead planet. We need to take our society into a new time, where we end our dependency on oil, meet the threat to the climate, and build a better welfare state within nature’s boundaries, what we call a new, green folkhem [people’s home].”

He presented green policies as something that makes cities more liveable, with the new sommargågator — streets pedestrianised in the summer — showing how much more pleasant a life less dependent on cars might be.

He then said his party wanted Sweden to invest 100 billion kronor a year on speeding up the green transition, to make Sweden fossil fuel-free by 2030.

“We talk about the climate threat because it’s humanity’s biggest challenge, our biggest crisis,” he said. “And because we don’t have much time.”

In the second half of his speech, however, Bolund used more traditional green party rhetoric, accusing the other political parties in Sweden of always putting off necessary green measures, because they do not seem urgent now, like a middle-aged person forgetting to exercise.

“We know that we need to cut emissions radically if we are even going to have a chance of meeting our climate goal, but for all the other parties there’s always a reason to delay,” he said.

“We are now seeing the curtain go up on the backlash in climate politics in Sweden. All the parties have now chosen to slash the biofuels blending mandate which means that we reduce emissions from petrol and diesel step for step, so you automatically fill your tank in a greener way. Just the government’s decision to pause the  reduction mandate will increase emissions by a million tonnes next year.”

The right-wing parties, he warned, were also in this election running a relentless campaign against the green party.

“The rightwing parties seem to have given up trying to win the election on their own policies,” he said. “Trying to systematically push out of parliament seems to be their way of trying to take power. And they don’t seem above any means. Slander campaigns, lies, and false information have become every day in Swedish right-wing politics.”

He ended the speech with an upbeat note.

“A better, more sustainable world is possible. There is a future to long for. If you give us a chance then that future is much closer than you think!”

Read the speech here in Swedish and here in (Google Translated) English.