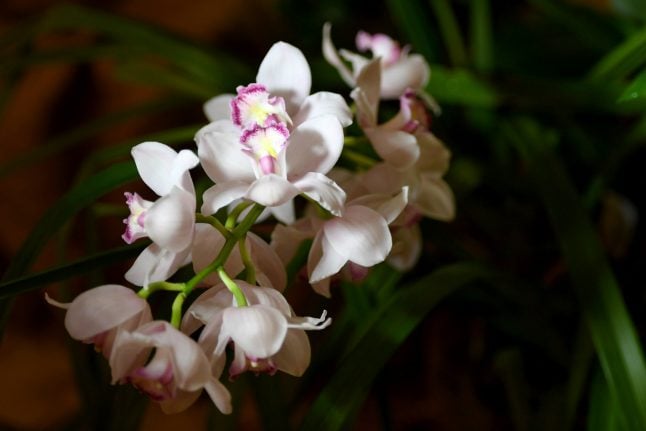 Professional triathlete Nathalie Birli, 27, was struck by a car Tuesday and broke her arm while falling to the ground near Graz in southeastern Austria, the press reports said.

The driver then knocked her out with a piece of wood and took her to his isolated home.

“When I regained consciousness, I was naked and tied up in an armchair in an old house,” Birli told the Kronen Zeitung newspaper.

The man forced her to drink alcohol and tried to suffocate her and drown her in a bathtub filled with cold water, Birli said.

However she managed to placate the man by complimenting him on the many orchids growing in his home.

Though he was initially “filled with hate,” the man suddenly became “nice to me” and confided that gardening was his passion before opening up about his troubled childhood, she said.

Finally, he agreed to let her go and even took her home, along with her bicycle, which had a GPS system installed in it.

Police used the GPS record to track down the man and arrest him at his house, they said.

The police are now trying to determine if the 33-year-old man, who suffers from psychiatric problems, was involved in any previous kidnappings.

The defendant, named only as Suliman al-S., 28, was sentenced to four years
and nine months for the 2013 abduction carried out in Damascus by an Islamist militant group.

German prosecutors had appealed against a more lenient prison term of three
and a half years that the Stuttgart court had handed down in September 2017.

Suliman al-S. arrived in Germany as a refugee in 2014 and was later granted
asylum.

In January 2016 he became the first Syrian to be arrested in Germany for
war crimes committed in his homeland.

The Stuttgart court in September 2017 found him guilty of war crimes and  aiding and abetting the abduction of UN observer Carl Campeau.

Campeau, a veteran UN legal advisor, has written a book about his ordeal at
the hands of the Al-Qaeda linked Nusra Front, which demanded a seven-million-dollar ransom for their captive.

Campeau, who had been stationed in the Golan Heights with the UN
Disengagement Observer Force, has said he was abused and forced to convert to Islam by his captors before, after eight months in captivity, he managed to
escape.