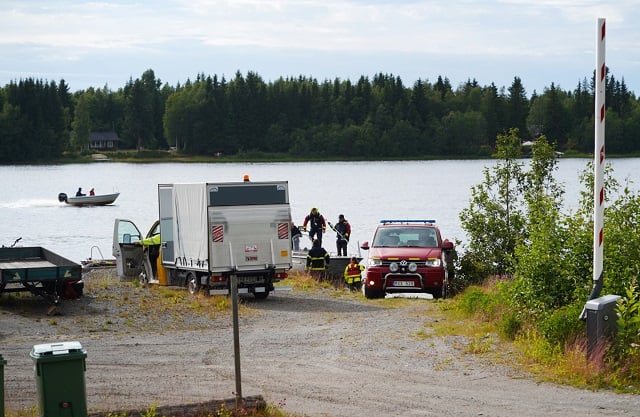 Emergency services working at the scene of the crash. Photo: Samuel Pettersson / TT

A small aircraft, GippsAero GA8 Airvan, took off from Umeå airport in northern Sweden at 1.33pm on Sunday, July 14th.

At 2.12pm the air control tower received an accident alert. The plane crashed on the island Storsandskär in the Ume river, two kilometres from the edge of the runway at Umeå airport.

The accident is the fifth deadliest plane crash in Sweden in terms of civilian aircraft fatalities, and the deadliest in the past three decades.

The approximate location of the crash.

Who were the victims?

Nine people were on board the plane at the time of the crash, including the pilot and eight members of the local skydiving association, and they all died in the crash.

Work is still underway to formally identify the passengers. The national forensic medicine agency has said it hopes for this to be complete by the end of the week, but according to the list of passengers the nine included seven men and two women.

They were all Swedish citizens from Västerbotten and Norrbotten counties and one of them was a dual Swedish-American citizen, according to the list of passengers.

READ ALSO: What caused the tragedy that killed nine people in Sweden?

What has the investigation found so far?

The Swedish Accident Investigation Authority is in Umeå to investigate the cause of the crash, which was still unknown by Tuesday morning.

The aircraft model is usually almost nine metres from nose to tail, with a single engine and a propeller.

At a press conference on Monday evening, officials said it was clear that the plane had broken into pieces before hitting the ground.

“What we can say so far based on films, on parts of the wreckage and their location, is that we can conclude that parts of the aircraft have separated in the air,” said Hans Ytterberg, Director General of the Accident Investigation Board.

Officials also confirmed that the plane had undergone an inspection from the Swedish Transport Agency just three weeks before the tragedy, and was considered fit to fly.

Rescue workers brought parts of the wreck ashore on the mainland on Sunday. Photo: Samuel Pettersson/TT

What are the next steps in the investigation, and how long will it take?

Authorities have stressed that the full investigation will take time, possibly around a year, and have urged against speculation.

The wreckage will now be transported to the Accident Investigation Board's facilities in Strängnäs, north of Stockholm, for further analysis.

“Now work will continue to put together the parts of the wreck,” said Ytterberg. He had already been involved in investigations at the scene, and said: “Above all, I have a very clear and solid picture of a very serious and tragic accident, with extensive damage to the aircraft.”

The plane did not carry a so-called black box – a flight recorder that preserves the history of the flight and the sounds in the cockpit – which are required for larger aircraft but not for a model the size of the crashed flight.

Officials leading the inquiry will instead rely on other information, for example witness statements and onboard telephones or tablets that may have registered the height and position of the aircraft.

An accident inquiry normally takes up to 12 months. The Australian company that built the aircraft has said it is willing to cooperate with the investigation.

How have people reacted?

Hundreds of local residents attended a memorial service at Umeå's church on Monday evening as the community processes the tragedy. Speeches were given by a priest and the city mayor.

Two similar planes used by other skydiving clubs in Sweden have been temporarily grounded pending the results of the investigation. The Swedish Skydiving Association (SFF) has halted its flights using the plane and the Transport Agency also decided on Tuesday to ground the planes.

“In connection with such an extremely serious accident, it is obvious for us to we stop and reflect on what has happened. It would be very irresponsible if we just continue to load skydivers in the plane as if nothing has happened,” SFF chairman Per-Olov Humla told TT. 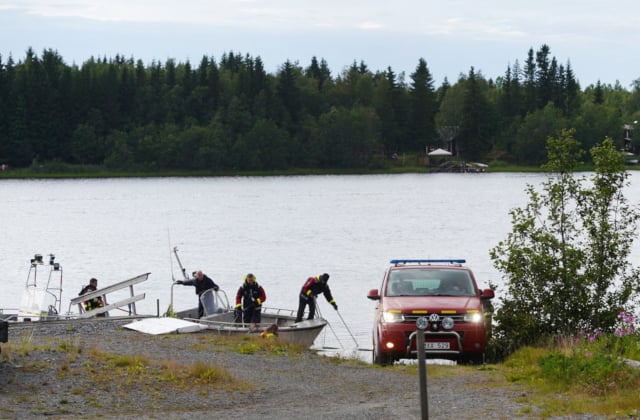