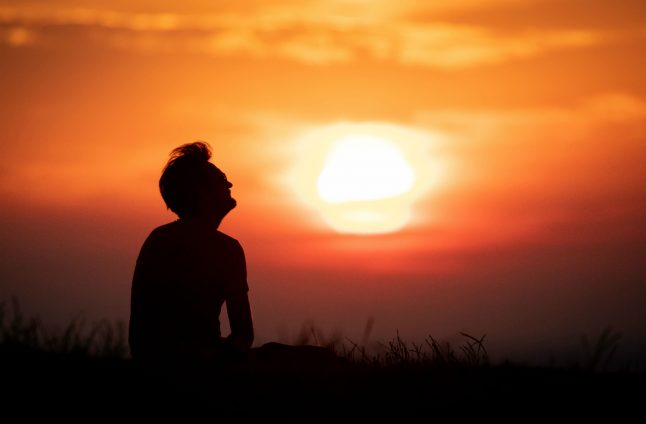 A man in the sun during Germany's recent heatwave. Photo: DPA

Berlin could regularly receive temperatures as high as those in the Australian capital of Canberra in the future, new research by ETH Zurich has found.

By 2050 the maximum temperature in the warmest month in Berlin will likely increase by 6.1C, researchers say. That means the German capital will see a mean annual increase of 1.8C, making the climate most similar to current day Canberra.

The Aussie city, which lies between rolling hills next to a lake, gets very hot in the summer. The highest temperature ever measured was more than 42C. In winter, however, Canberra's cool, temperate climate can sometimes be accompanied by snow.

To illustrate their findings, the Crowther Lab in Switzerland created a global data map that pairs one city’s future climate conditions with current ones.

The researchers believe it will also get significantly warmer in other German cities.

The climate in Hamburg and Cologne could in future be similar to that of San Marino, while in Munich, the climate will feel more like Milan in about three decades time.

Significant increase in temperatures by 2050

In the study published in the science journal Plos One, researchers led by Jean-François Bastin evaluated how the climate will develop in more than 520 large cities in 2050.

They found cities in the Northern Hemisphere will have the climates that cities more than 998 kilometres to their south have today.

In Europe, summers and winters will get considerably warmer by 2050, with average increases of 3.5C and 4.7C, respectively, compared with 2000. This is a conservative estimate, according to researchers. Temperatures, precipitation and seasonal changes were taken into account.

The research found that Madrid will have to adapt to a climate like that in Marrakech, and Stockholm will be as warm as Budapest. Meanwhile, London was slated to be as warm as Barcelona in the summer.

Around the world, cities that are currently in temperate or cold zones in the northern hemisphere will resemble places far away and much closer to the equator.

In the tropics, temperature differences won't be as great as elsewhere. However, the climate crisis is more likely to be reflected in droughts and extreme precipitation. The researchers cannot predict exactly what this will mean for these cities.

Furthermore, they found that megacities such as Jakarta, Singapore or Kuala Lumpur are probably facing far-reaching changes.

All this has consequences for the infrastructure in cities, the researchers say, for which authorities are not yet prepared for. Water supplies, for example, will need to be re-thought.

As The Local reported earlier this week, Germany has been dealing with low water supplies in recent years due to dry summers. It's led authorities to look to places like California and China which have been grappling with drought conditions for a long time.

As water utility companies become aware of the challenges climate change will bring, higher costs for water could arise in future.

And while countries on the Mediterranean have normally been the main seats of fires in Europe, this year, other countries are also suffering heavily.

Some 659,541 hectares (1.6 million acres) have been destroyed so far, data from the European Forest Fire Information System (EFFIS) showed, setting a record at this point in the year since data collection began in 2006.

Europe has suffered a series of heatwaves, forest fires and historic drought that experts say are being driven by human-induced climate change.

They warn more frequent and longer heatwaves are on the way.

The worst-affected country has been Spain, where fire has destroyed 244,924 hectares, according to EFFIS data.

The data comes after CAMS said Friday that 2022 was a record year for wildfire activity in southwestern Europe and warned that a large proportion of western Europe was now in “extreme fire danger”.

“The situation in terms of drought and extremely high temperatures has affected all of Europe this year and the overall situation in the region is worrying, while we are still in the middle of the fire season,” he said.

Since 2010, there had been a trend towards more fires in central and northern Europe, with fires in countries that “normally do not experience fires in their territory”, he added.

“The overall fire season in the EU is really driven mainly by countries in the Mediterranean region, except in years like this one, in which fires also happen in central and northern regions,” he added.