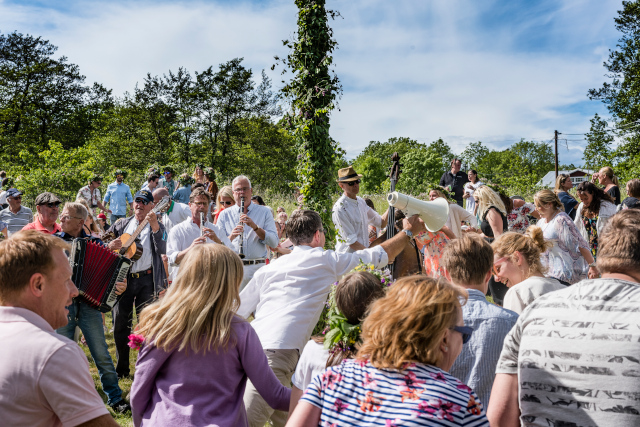 Don't get your hopes up for a wonderfully sunny public holiday rounded off with a midnight swim, but it will probably be safe to prepare for a day neither too chilly nor too wet, national weather agency SMHI predicts.

In other words, as Swedish media described it on Tuesday: lagom – the Swedish term that somehow manages to encapsulate both mediocrity and perfection in one word.

Read more about how to celebrate Midsummer's Eve in Sweden:

The rain will slowly move north the day before Midsummer's Eve, so the further north you live, the bigger the risk that you will be eating pickled herring and singing about small frogs under an umbrella on Friday.

In central and southern Sweden, the day is predicted to get off to a sunny start, with the occasional rain shower later on. Temperatures? Around 20C in southern Sweden and 10-15C in the far north.