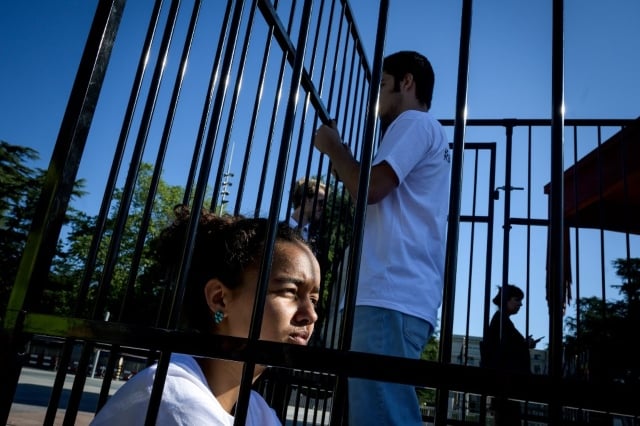 Observers say many children separated from their parents remain in US custody Photo: AFP

Three teens wearing t-shirts with “#ClassroomsNotCages” scrawled across the front stood inside a small cage erected outside the gates of the United Nations's European headquarters, as dozens of demonstrators urged the UN Human Rights Council take on President Donald Trump's administration.

“The action today is about creating more pressure and more exposure of just how terrible and dehumanising this policy of the American government is towards children,” said Randi Weingarten, president of American Federation of Teachers, which helped organise the protest.

“What the Trump administration is doing is both lawless and immoral, and because it is so focused on children, it is unconscionable,” she told the AFP news agency.

The union was among 15 labour organisations and rights groups that filed a complaint a year ago with the UN's top rights body over the Trump administration's so-called “zero tolerance” policy of separating migrant
parents and children who illegally cross the border.

According to the complainants, the issue has reached the final stages of the Human Rights Council's review process, and its Situations Working Group is scheduled to consider it this week.

The rights council secretariat refused to comment, telling AFP only that its complaint procedure is “by definition confidential”.

The complainants are meanwhile hoping the council will issue an opinion “and make it clear that what has happened in America is a violation of the international protocols and international rights declarations,” Weingarten said.

Amid domestic and international outcry, Trump announced last June that his administration would halt the family separation policy.

But by then, thousands of children had been removed from family members and placed in temporary accommodation, leading to harrowing images and reports of administrative chaos in which many parents have been unable to find their children.

Observers say many of those children remain in US custody, and maintain that the separations are continuing.

Sandra Cordero, who heads the organisation “Families Belong Together” that has been working to reunite many of the separated families, agreed.

“There are still hundreds of cases of separation,” she told AFP.

And out of the 2,500 children who were separated in the months prior to Trump's announcement last June, “there are still hundreds that have not been reunited or even contacted,” she said.

Activists also decry the “deplorable” conditions in many of the places where separated children are being held, and point to the fact that at least six children, between the ages of two and a half and 16, have died in US custody.

And Cordero especially slammed the government's “purposefully cruel” failure to establish a system to keep track of the children and ensure family reunification would be possible.

Weingarten meanwhile said that Monday's demonstration was important to keep the spotlight on the plight of the children – some just months old – taken from their families.

“We need to keep that level of outrage alive,” she said.

“That is the only way this is going to be change.” 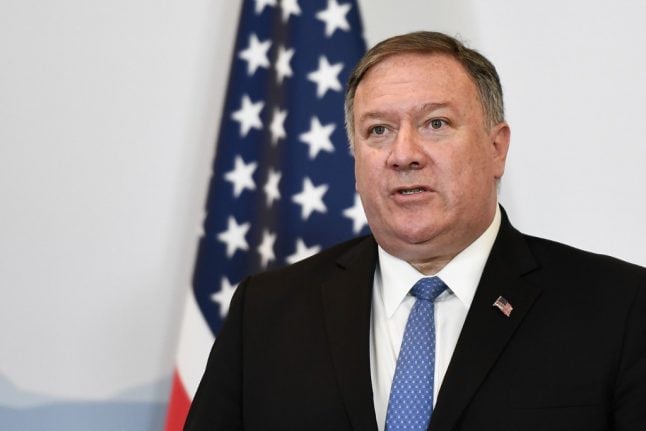 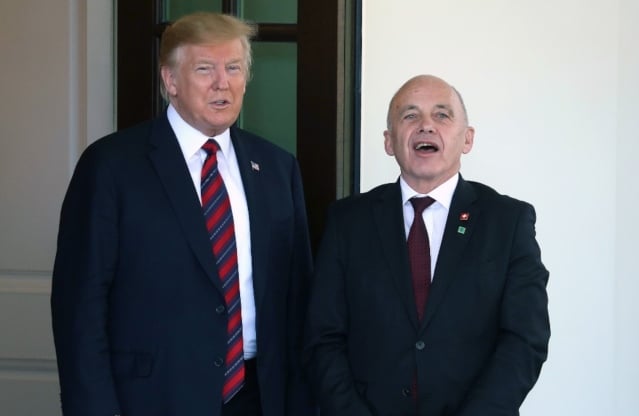 FREE TRADE AGREEMENT
Swiss president on Trump: ‘You could get along with him’

In a report, the rights organisation’s Swiss chapter detailed “alarming abuse” in the country’s federal asylum centres, and called for urgent government action to address the problem.

The report documents a range of abuses by staff of the private security companies Securitas and Protectas, which had been contracted by Switzerland’s State Secretariat for Migration (SEM).

Amnesty said it had spoken with 14 asylum seekers, including two minors, who reported having faced abuse from the security officers between January 2020 and April 2021, along with 18 current and former security agents and other witnesses.

The asylum seekers described being beaten and physically restrained to the point where they could not breathe or fainted.

Some also complained about trouble breathing after being doused with pepper spray, and being locked in a metal container in freezing temperatures.

The report found that six of the alleged victims had to be hospitalised, while two said they had been denied the medical assistance they had requested.

“In addition to complaints about physical pain, mistreatment and punitive treatment, these people also voiced concerns about (security staff’s) hostility, prejudice and racism towards the residents,” said Alice Giraudel, a lawyer with Amnesty’s Swiss branch.

Such attitudes had seemed to target people of North African origin in particular, she said. Some of the abuse cases, Amnesty said, “could amount to torture”, and would thus violate Switzerland’s obligations under international law.

In a media statement, the SEM said it took the criticism “very seriously”, but rejected the suggestion that abuses were taking place in a systematic manner in federal asylum centres.

It stressed that there was no acceptance for “disproportionate constraint” of asylum seekers, and vowed to “sanction all improper behaviour.”

Giraudel hailed that the SEM had recently announced it would open an external probe into isolated abuse allegations.

But, she insisted, the situation was alarming and required the government to stop looking at allegations of abuse as the work of “a few bad apples”.

FREE TRADE AGREEMENT
Swiss president on Trump: ‘You could get along with him’
Url copied to clipboard!