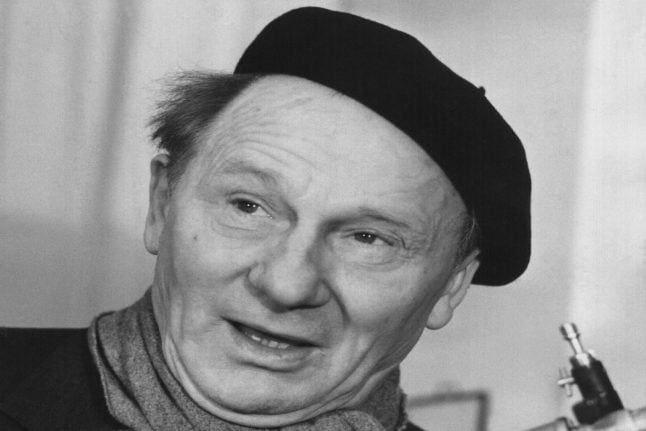 During the years of Nazi rise and rule, some resisted with action through fighting in the streets. Others did their part by passing information out of Germany. Then there were those who challenged them through their art.

Ernst Busch, the anniversary of whose death was commemorated last week, was one of the prominent individuals who challenged the rising tide of fascism in song.

Born at the very dawn of the 20th century, Busch seemed destined to follow his family into work at the Kiel shipyards, before he took a chance at a life as a singer and actor. Busch being interviewed at the GDR Theatre Congress in 1975. Photo: Wikimedia Commons/Bundesarchiv

Fortunately, his foray into the theatre came at a time when geniuses were emerging in the German theatre scene. He would work with legends Kurt Tuchoksky and Bertholt Brecht, and performed in the very first production of 'The Threepenny Opera'.

Busch was known for his recordings and performances of songs by Tucholsky and Brecht, and was a hero to many of the socialist workers and communist KPD.

His work would soundtrack the increasingly tense atmosphere in places like Berlin as the Nazis crept to electoral power, poking fun at the stormtroopers and prominent Nazis.

Here he is singing another kind of song – a strident call to arms, called 'The Secret Mobilization' in English.

Come 1933, Busch realized he would be arrested, and fled the country – first to the Belgium, then the Soviet Union. His convictions would call to him, however, and when Franco's coup started the Spanish Civil in 1936, Busch was not only on the front lines, but recording republican songs to improve morale.

After the war was lost, Busch returned to Belgium, where he stayed until the Germans swept through in 1940. At that point, he was arrested and sent to a concentration camp, where he'd spend the rest of the war until liberation.

Post-war, Busch went back to work with his friend Brecht in East Berlin, acting, singing, and further developing his reputation as a talented entertainer.

His career would extend another thirty years, with his recorded concerts becoming best sellers. He died in 1980.

Ernst Busch today, to many, seems a relic of the GDR. old fashioned and overly serious. Yet it must be remembered that in his youth he really was a revolutionary, a man using his art to challenge fascism – and we should at least remember him for that. 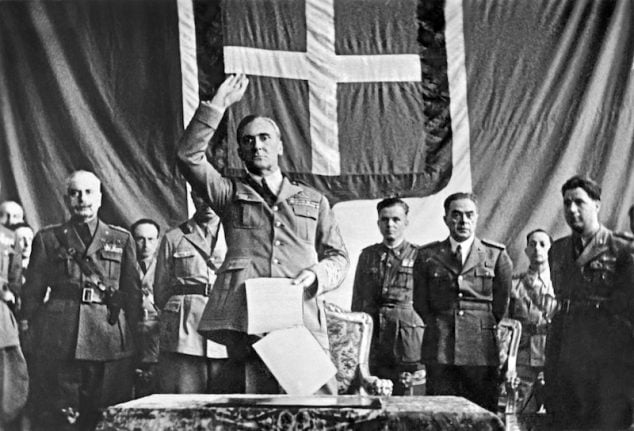 Mayor Ercole Viri received eight months for building the monument to Rodolfo Graziani, a Fascist-era general and convicted war criminal, in the town of Affile near Rome.

Councillors Giampiero Frosoni and Lorenzo Peperoni each got six months.

They were convicted under an Italian law that makes “fascism apology” a crime.

The monument, a mausoleum for Graziani engraved with the words “Fatherland” and “Honour” set in a memorial park, was unveiled in August 2012, at a cost of some €130,000 to local taxpayers.

It met with protests from the Democratic Party and other leftists, as well as the national association of Italian resistance fighters, which took the case to court.

Speaking at the time, Viri dismissed the criticism as “idle chatter”.

The prosecution had sought to have it seized, but the judge did not grant the request.

It will “certainly” remain in place, a defiant Viri told La Republicca after the ruling. He claimed that the sentences were politically motivated and insisted it wasn’t clear that Graziani was guilty of war crimes.

Mayor convicted for apology of fascism (2) – Sentence in relation to construction of Graziani mausoleum https://t.co/qZ7UAElKQ7

Graziani was dubbed the “Butcher of Fezzan” for his brutal tactics as commander of colonial Italian forces in Libya in the 1930s. Thousands of Libyans died in concentration camps he created to detain those who challenged Italian rule.

He earned a similar nickname in Ethiopia, where he oversaw the massacre of as many as 30,000 people. He also ordered his troops to use poison gas against Ethiopian forces, in contravention of Italy’s own laws.

Mussolini appointed him defence minister in 1943 and he continued to serve Il Duce until the end of World War Two.

After the war Graziani was convicted of war crimes and sentenced to 19 years in jail, though he was released after only a few months. He died in 1955 and was buried in Affile, where he lived for many years.

The monument was simply a tribute to one of the town’s famous sons, Mayor Viri said when it was first unveiled.

The monument didn’t stop residents of Affile reelecting him once and he expects them to do so again when he runs in April, he told La Repubblica.