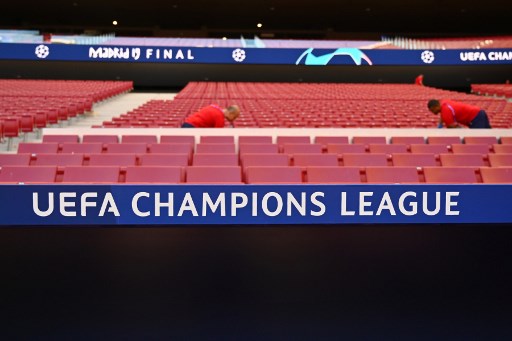 Combined, it has been 18 years – seven for Liverpool, 11 for Tottenham – since either lifted a trophy, despite huge strides made in recent years under the much-praised Jurgen Klopp and Mauricio Pochettino.

Klopp and Pochettino have been singled-out as two of Europe's best coaches after crafting teams that reflect their personalities — Liverpool thrilling and fearless, Spurs brave and unrelenting.

And while scepticism has greeted the perfection of Manchester City's star-studded squad in England, approval has also followed Liverpool and Tottenham's nurturing of youngsters.

Trent Alexander-Arnold and Harry Winks came through the clubs' youth systems while Andrew Robertson, Dele Alli and Kieran Trippier joined aged 24 or younger. All of them could start at the Wanda Metropolitano. But any admiration still comes with an asterisk. Liverpool's last trophy was in 2012, a League Cup that remains their only success since they won the FA Cup in 2006.

And Tottenham's barren spell goes further back to the League Cup in 2008, which was their first trophy since winning the same competition in 1999.

Pochettino has tended to bristle at suggestions his team have a habit for coming close but failing to get over the line.

When asked in January if the club needed a trophy, he said: “I don't agree with that, it's good for the ego. But in reality the most important thing is to build a team that is always going to be in the top four.”

The expectations are higher at Liverpool, where Klopp's vow to win something within four years of taking charge reaches its end-point this weekend.

“It didn't happen yet,” said Klopp in April. “How long it will take I have no clue.”

Klopp's also denied a personal need for silverware after having lost six cup finals in a row as coach, three of them with Liverpool.

“I don't think that way at all,” he said earlier this month. “In football if you want to win you have to accept that there are occasions when you also might lose.”

The pressure on Liverpool may be more intense, not just because of their success-laden past but because of a craving for satisfaction after a season in which they amassed 96 points in the Premier League but still fell just short of champions City.

They will be favourites, having beaten Tottenham home and away already this season and with their experience of last year's final in Kiev. In the Spurs squad, only Toby Alderweireld has played on this stage, losing with Atletico Madrid in 2014.

For a shot of belief, Pochettino might instead turn to Harry Kane, who has declared himself fit after recovering from an ankle injury.

Kane has not played a competitive match since April 9 and Tottenham have survived without their star striker, even if a storming run in the Champions League belied a collapse in form domestically.

If he is fit, Kane's goal threat means he will start, most likely at the expense of Lucas Moura, despite the Brazilian's dizzying hat-trick against Ajax in the semi-final.

Liverpool's own front man, Roberto Firmino, is also expected to play after sitting out the last three matches with a groin strain.

Harder to predict will be Klopp's selection in midfield, where he must choose three from James Milner, Jordan Henderson, Georginio Wijnaldum and Fabinho.

Considerably more than the 32,000 ticket-holding fans were predicted to descend on Madrid, with police deploying “unprecedented security” around the final, involving drones to monitor behaviour and 4,700 personnel.

When the Spanish capital was picked as host, there was an added lure for Real Madrid, who might have defended the title in their own city, and Atletico, who could have snatched it off them at their own home ground.

Instead, after Barcelona crashed out, Spain were left with no European finalists for the only second time in 10 years.

A new era, perhaps, for the Premier League. For Liverpool and Tottenham, another chance to end the wait.