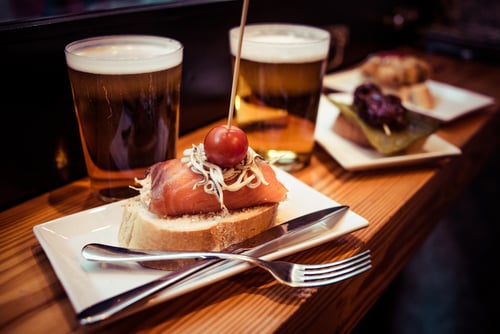 Tapas just won't do the morning after. You need something big and greasy. Photo: Depositphotos Everyone knows nothing clears up a hangover like a full English but can they found in Madrid? Head to an irish pub and you’ll find they are on offer all day. But don’t expect to get a proper English cup of tea. Basically,  fried egg, chips and ham – and the closest Spain has to a full English breakfast. You can’t go wrong with this one. This is what Madrileños go for in the early hours on their way back from a night out. Hot crispy, doughy churros, sprinkled in sugar and dipped into a cup of thick chocolate. Only for those with a sweet tooth. The Spanish classic. What could be better than egg and potatoes. Ideally served in a crusty white baguette!

It's official: Spain’s best tortilla is served at this Madrid bar The Calamari sandwich – Bocadillo de Calamares – is a Madrid version of a fishfinger sandqich..  Squid, coated in batter and deep-fried then squished between a white baguette. Street food at its best! Not for the faint hearted this one. Oreja is crispy, crunchy and just a wee bit gristly. It’s pan fried pigs ears, sprinkled with salt and paprika and it’s delicious. A big step up on a pork scratching. 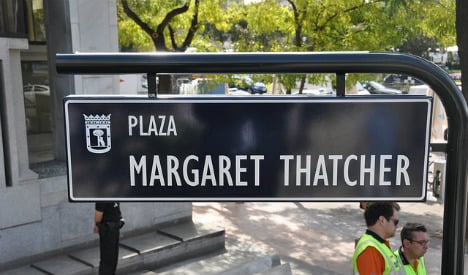 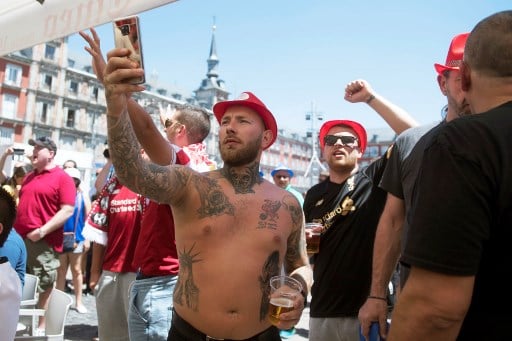 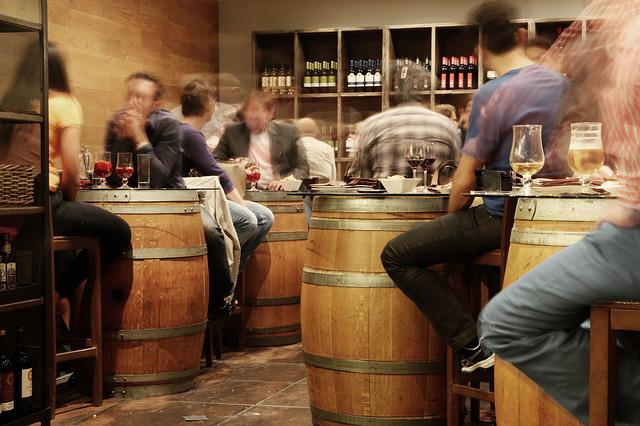 Spain is of course celebrated for its tapas, small plates of food, designed for sharing and consisting of favourites such as patatas bravas (fried potatoes topped with spicy sauce), pimientos de padrón (fried green peppers) and croquetas (croquettes of different varieties such as ham or mushrooms).

One theory is that tapas were invented in order to cover your wine or beer glass, so that flies and other bugs wouldn’t fly in. The barman would give customers a piece of bread topped with jamón (ham) or queso (cheese) in order to act as a lid or in Spanish ‘tapa’, hence the name tapas.

Although most cities in Spain no longer serve free tapas when you buy a drink, there are still some cities where you are guaranteed a free snack. This is still true in the southern cities of Granada, Almería and Jaén, in León and Segovia, as well as a few others dotted around the country.

Despite this, you can still find the odd bar serving the old-fashioned free tapa in some of Spain’s largest and most expensive cities, including Madrid and Barcelona.

So, next time you’re in the Catalan capital, save some money by visiting one of these bars, where you’ll still get served a free tapa along with your drink.

Keep in mind, you won’t be served a free drink if you just order a coffee and sometimes not with a soft drink either, it’s usually when you buy a glass of beer or wine.

This small traditional bar in the old fisherman’s neighbourhood of Barceloneta offers one free tapa every time you order a drink. It’s usually something small and simple, but if you’re still hungry then you can always order one of their delicious paellas or plates or seafood too.

Raspall
This cute and contemporary little tapas joint, situated on the edge of Gracia, is so popular that it often gets very crowded, so get here early if you want a spot at the bar. It costs around €2-4 for a drink and a small tapas dish, which you can choose from a large selection. There’s everything from croquetas and hummus to small sausages.

It’s not just authentic Spanish bars offering free tapas in Barcleona, at traditional Sardinian restaurant Pappa e Citti in the barrio of Gracia, they offer it too. Be aware that free tapas with your drink is only served between 6-9pm. Small tapas offerings may have an Italian twist or maybe something simple like a piece of bread topped with cream cheese and caramelised onions.

In the heart of the Gracia neighbourhood, this modern and stylish bar offers the closest thing to a Granadino-style free plate of tapas. Rather than just a small piece of bread topped with an ingredient, their free offerings include meatballs, anchovies or even ensaladilla rusa (Russian potato salad).

Located in the heart of the Sant Andreu neighbourhood, not far from the metro stop of the same name, Casa Arana is a small local barrio bar. As well as the regular drinks on offer, they make their own beer in either tostada (toasted) or rubia (pale) varieties, which is served in a tall glass and looks like an ice cream sundae. The free tapa served with your drink is typically a piece of baguette topped with a simple ingredient such as jamón, chistorra (cured sausage) or cheese.

This tapas and cocktail bar located in the heart of Raval has a decidedly 80s themed vibe and name to match. They have been serving free tapas for the past 14 years – something typical like piece of bread and tomato topped with a slice of tortilla (Spanish omelette).