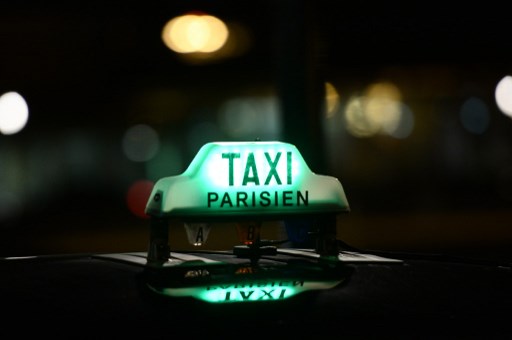 A police unit in Paris is dedicated to stopping taxi fraud. Photo: AFP

Tourists who have been ripped off in a Paris taxi complain of a myriad of methods being used by drivers: erroneously claiming that there is a fixed fee for the journey, taking longer routes than necessary in order to charge more and refusing change for big notes, to name just a few.

“I condemn any driver cheating customers, but in reality there are more drivers getting ripped off by customers than vice versa,” said Didier Hogrel, president of the Fédération Nationale du Taxi (FNDT).

He insisted that most of the scams are carried out by people who are not legitimate taxi drivers, such as the men who hang around the arrivals halls of Paris airports and falsely claim to be licensed drivers.

Hogrel pointed out that his federation had taken a civil suit against a man who was convicted of fraud for trying to charge a young Thai couple 247 euros for taking them from Charles de Gaulle airport to central Paris.

The FNDT sued the man – who was later sentenced to eight months in prison – for having discredited the taxi profession as a whole, even though he was not officially registered as a taxi driver.

The taxi industry is highly regulated in France and anyone breaking the rules faces punishment of up to a year in prison and up to 15,000 euros in fines, as well as the possibility of having their vehicle confiscated and losing their driving licence.

Those rules are enough to protect tourists and locals alike if they take a few simple precautions, such as only taking a taxi from an official rank at the airport or checking that a cab hailed in the street has a proper metre, said Hogrel.

But in the scam The Local reported on last week, the victims – a British tourist and her elderly parents whom the driver tried to charge 62 euros for a short ride that should have cost 10 – said the vehicle did indeed have a functioning metre.

“The metre should be the gauge of stability for anyone using a taxi,” Hogrel of the FNDT told The Local. “But as in all professions, whether it be journalism or politics, there are unscrupulous persons and I deplore any behaviour like this.”

As well as the formidable legal punishments that fraudulent drivers face, tourists and locals can also take comfort in the knowledge that there is a special police team in the Paris region entirely dedicated to clamping down on taxi fraud.

They are officially called the Boers and consist of a total of 99 officers working night and day to put to a stop to bad behaviour by taxi drivers and those working for ride-hailing services such as Uber.

“The Boers track down fake taxi drivers in their favourite haunts: tourist sectors, around international stations, and nightclubs in the capital,” it said, noting that last year the unit carried out a total of 241 operations. Taxi drivers take part in a blockade south of Paris to protest a draft law on transport. Photo: AFP

But the Boers have their work cut out for them, as their figures show that 14,012 offences were committed last year, a 20 percent rise on 2017.

Those figures include offences by official taxi drivers, fake taxi drivers, and drivers of what in France are called VTC – Voiture de Transport avec Chauffeur, or hire vehicles with driver – which covers services such as Uber, Taxify, or Chauffeur Privé.

It is these ride-hailing apps for which Fédération Nationale du Taxi (FNDT) boss reserves his deepest scorn.

“Taxi drivers are subject to strict rules but VTC drivers are not, and they are bringing down standards,” he fumed.

On Monday hundreds of taxi drivers blocked roads in and around Paris to protest at what they see as the unfair advantages granted to VTC drivers by a new transport law currently under consideration in the French parliament.

Karim Asnoun from the taxi division of the hard left CGT union said the new law “plans to give VTCs the same rights of taxis, such as the freedom to use bus lanes and social security agreements without subjecting them to the same constraints.”

Whatever the outcome of that protest, taxi drivers are likely to continue to be accused of all sorts of scams.

But there are also uplifting tales being told about them.

After The Local’s  article last week about the attempted scam of the British tourist and her elderly parents, one particularly heart-warming story emerged during a Twitter debate.

Kim Willsher first recounted how her ageing mother had asked to be taken to Gare du Nord to catch a Eurostar but was instead deposited by the taxi at Gare du Lyon, and then missed her train.

But in a follow-on tweet Willsher provided an epilogue that redeems the much-maligned Paris taxi driver’s reputation.

“A lovely female taxi driver took her to Gare du Nord only taking payment when mum insisted, and Eurostar rose to occasion and put her on the next train,” she wrote.

She was remarkably zen (I was furious as much through guilt as should have taken her to station myself but had to work). A lovely female taxi driver took her to Gare du Nord only taking payment when mum insisted, and Eurostar rose to occasion and put her on the next train.

One intrepid reporter for French daily Le Parisien decided to find out.

The challenge was simple. Which mode of transport would get the journalist from the heart of Fontenay-sous-Bois in the eastern suburbs to the newspaper’s office on Boulevard de Grenelle, west Paris, fastest?

Over four separate journeys, each one in the middle of rush hour, the electric bicycle was quickest and easiest. More expensive than conventional bikes, electric bikes do come with a government subsidy.

The journey was described as ‘pleasant and touristy’ on a dry but chilly morning going via dedicated cycle lanes that meant the dogged journalist avoided having to weave in and out of traffic.

It took, in total, 47 minutes from start to finish at an average speed of 19km/h, on a trip described as “comfortable” but with a caveat for bad weather. The cost was a few centimes for charging up the bike.

In comparison, a car journey between the same points took 1 hour 27 minutes – a journey not helped by a broken-down vehicle. Even accounting for that, according to the reporter’s traffic app, the journey should – going via part of the capital’s southern ringroad – have taken about 1 hr 12.

Public transport – the RER and Metro combined via RER A to Charles-de-Gaulle-Étoile then Metro line 6 to the station Bir-Hakeim – took 50 minutes door to door, including a 10-minute walk and cost €2.80. The journey was described as “tiring”.

READ ALSO 6 ways to get around Paris without the Metro