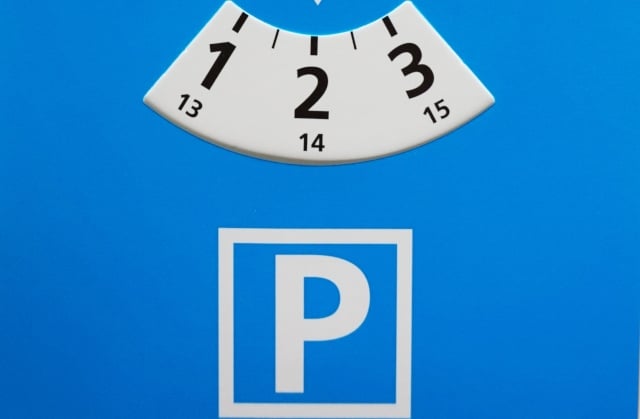 The dog owner was fined 40 Swiss francs (€35) during a visit to the vet in Zurich last summer because police objected to the size of the blue parking disc on his dashboard.

These low-tech cardboard discs are used by drivers in Switzerland and across Europe to indicate the time at which they parked. They provide time-restricted free parking in so-called blue zones.

In the case above, the man returned to his car 20 minutes before the time shown on his parking disc expired. But because the disc was only 10 centimetres wide by 12 centimetres high instead of the regulation minimum size of 11 centimetres by 15 centimetres, police fined him.

Now, an MP with the conservative Swiss People’s Party, Gregor Rutz, has responded by raising the issue of the fine with the national parliament.

With his “people-friendly parking discs” motion, Rutz wants to combat what he calls “bureaucratic madness”.

But anyone expecting big changes to the country’s street signage ordinance is likely to be disappointed.

Rutz is calling for the minimum size for parking discs to be reduced to 10 centimetres by 10 centimetres. He also believes there should be free choice of colours for these discs.

“One is always hearing of cases of people trying to do the right thing in good faith and then being fined for unauthorized parking discs,” said Rutz of his motion.

“We are perfectly justified in asking here if traffic authorities don’t have more important problems to legislate on,” he added.

The MP with the staunchly anti-EU SVP then went on to blame the red tape on the fact that Swiss authorities only allow EU-style parking discs to be used.