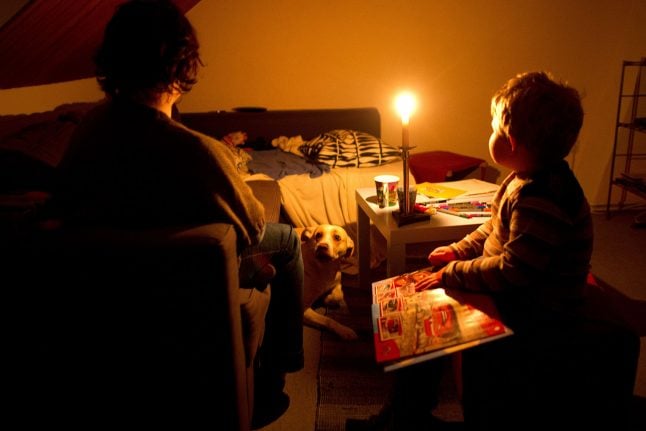 Energy poverty is an increasing problem in Germany. Image: DPA

Figures from 2017 show that there were 343,865 cases of people having their electricity shut down off due to not paying a bill, an increase of 14,000 from the previous year.

The average amount owed in these instances was €117, highlighting how close many German individuals and families are to the breadline.

Poverty has been on the rise in Germany in recent years. A 2017 study showed that approximately 13.4 million people in Germany live in poverty or are considered at risk of poverty, representing roughly 16 percent of the population.

A proposal from the left-wing Greens party hopes to change this by putting in place an ‘electricity cost allowance’, an amount that would be paid in addition to the current Hartz IV (German social welfare) rate.

While having a phone or internet connection cut off is likely to be inconvenient, losing access to basic utilities can be significantly problematic – particularly in the harsh German winter.

The Süddeutsche Zeitung, citing a proposal drawn up by the Greens, reported that tens of thousands of Germans frequently go without power. The Greens want to avoid a situation where German families cannot heat their apartments or cook food.

The proposal would also eliminate the costs associated with sending reminders and for blocking and unblocking an electricity account. Lower-income Germans the most affected

Sven Lehmann, a spokesperson for the party, told the Süddeutsche Zeitung that the changes were necessary to address electricity price hikes and cost of living increases.

“About half of the total power cuts are for people receiving social help,” he said.

“Since the introduction of Hartz IV, electricity costs have risen more than the standard costs of electricity.”

The electricity cost allowance would be paid in addition to the current Hartz IV rate. Where a household starts to enter debt due to rising electricity costs, a scheme would be developed to allow them to repay the amount without incurring further debt.

The proposal also included funding for lower income households to upgrade from their current appliances to newer ones which use less energy.

Many of these households already struggle to meet their existing financial obligations, meaning upgrading and improving appliances is impossible.