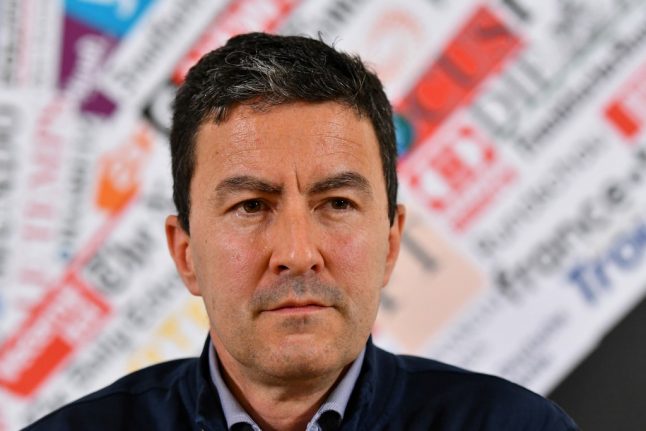 The fascist era was “a very complicated, complex period”, said Caio Giulio Cesare Mussolini, at a press conference in Rome for the Fratelli d'Italia (Brothers of Italy) party.

“You can't define it in terms of right or wrong, good or bad,” he said.

While the anti-Jewish laws of 1938 had been “a mistake, a shame”, the fascist period had left its mark on the country in other ways with, for example, its road network, he added. Many older people he met while campaigning expressed nostalgia for that period, he said.

In Italy it is still a crime to defend fascism, but asked about that law he said that the courts often ruled on the side of freedom of expression. The current ban on the fascist salute should be extended to the raised clenched-fist of the communists, he added.

Although Mussolini is only 10th on the party's electoral list, he features prominently on its posters. And there were plenty of journalists on hand to hear what the Italian dictator's great-grandson had to say.

The 50-year-old former Italian naval officer was born in Argentina, where his grandfather, Vittorio Mussolini, the second son of the dictator Benito Mussolini, fled in 1945 at the end of World War II. He now works for an arms firm, a subsidiary of the Leonardo group, formerly Finmeccanica. He is not the first descendant of the fascist dictator to enter politics. Benito's grand-daughter Alessandra has been an MEP since 2014, having already served as a senator and a deputy in the Italian parliament. She is now a rival candidate — in another region — on a list led by former prime minister Silvio Berlusconi.

Benito Mussolini, the creator of fascism, came to power in Italy in the 1920s, established a one-party dictatorship and was an ally of Nazi Germany during World War II. He was executed at the end of the war.

Italy's relationship with its fascist past is complicated, to say the least. Unlike in Germany, where the country's wartime leaders are overwhelmingly reviled and Nazi symbols a taboo, Mussolini's birthplace continues to attract admiring pilgrims, Il Duce trinkets are a common sight in souvenir shops and several mainstream Italian politicians have been known to publicly express admiration for the dictator. Silvio Berlusconi, head of Forza Italia and four-time prime minister, once remarked while in office that “Mussolini never killed anyone”, despite his collaboration with the Nazis to send Italian Jews to their deaths and his troops' brutal occupation of Ethiopia.

More recently Matteo Salvini, leader of the League and Italy's interior minister, has said that “a lot of things got done” under Italy's Fascist government, hailing Mussolini's infrastructure projects and pension system while dismissing his race laws as “madness”.

Salvini, who is also Italy's deputy prime minister, is prone to invoking the dictator's words on social media: last July, on the anniversary of Mussolini's birth, he posted the phrase “So many enemies, so much honour” in an echo of a well-known Fascist slogan.