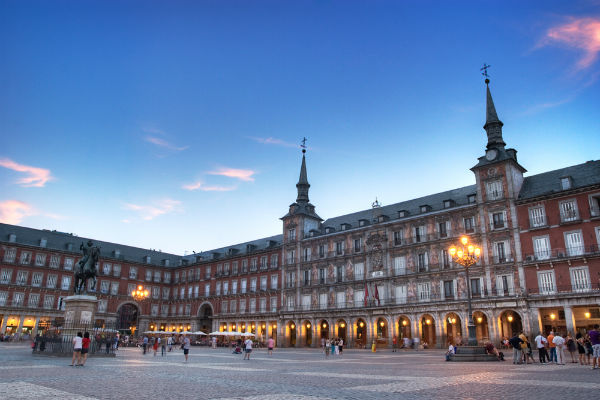 The cost of flights to Madrid to watch the final have aleady soared to eye-watering prices and hotels have sold out and ramped up the cost of an overnight stay.

Liverpool took an estimated 40,000 fans to Kiev for last year’s Champions League final but as Madrid is closer and much more accessible, the number of Reds fans could even double that. And then fellow English club Tottenham beat Ajax meaning tens of thousands more English fans are desperately trying to book accomodation and transport, not to mention getting their hands on tickets.

READ MORE In memes: This is how the internet reacted to Barça's epic humiliation

A quick look at hotel booking websites reveal a surge in reservations after Liverpool’s miracle win on Tuesday have filled Madrid’s hotels to 97 percent capacity with the cheapest rooms now going for close to €1,000 in the centre of the capital.

Three star hotels that usually cost as little as €50 a night had upped prices to extortionate amounts. The Eurostars Zarzuela Park, the other side of the city from the stadium offered a double room for 1,800 a night before it sold out. .

Airbnb reports that it already has filled 85 percent of accommodation listed on its  site for June 1st, the day of the Champions League Final in the Wanda Stadium, home ground of Atletico Madrid.

Rooms were being offered on the site for a whopping €867 for a double bed in a private home with breakfast in Mortalaz, a ten-minute bus ride from the stadium. Facebook pages for fans were crammed with advice on how to get to Madrid to watch the final, with even those fans who were unable to secure tickets for the match, keen to be there to soak up the atmospshere and support their team.

Forums advised fans to be creative in their travel plans, and try booking flights to Alicante, Valencia, Malaga and catch public transport to the capital from there.

Some were trying to organise coaches from Liverpool to Madrid while others were proposing to drive over in private cars, catching the ferry across the channel and then driving the length of France and into Spain.

“I’ll sleep in the car outside near the stadium if I have to,” wrote one Liverpool fan on a Facebook group.

Madrid facebook groups were awash with requests for spare rooms, couches or even a bit for floor space to host fans the night of the match.

Those trying to do it “on the cheap” were advised to look at car-sharing services such as blablacars to reach the capital from regional airports and then look at couch surfing options.

Dozens of messages have already been posted on the Couchsurfing.com with requests for a sleepover.

Liverpool and Tottenham have each been allocated 16,613 tickets for the Champions League final in Madrid.

Liverpool have announced pricing details for their fans with the cheapest tickets costing £60, but only accounting for 20 percent of the Reds' allocation.

Tottenham, who beat Ajax to reach the final, have not announced pricing details for their tickets.

Uefa has already sold 4,000 tickets to “fans worldwide” for seats at the 68,000-capacity Estadio Metropolitano stadium.

The rest will go to the local organising committee, Uefa and national associations, commercial partners, broadcasters and corporate hospitality.

Uefa outline on their website that third party and secondary ticket platforms are not authorised by the organisation, and that entry will be denied.

“Any tickets purchased from such sites will be invalid in accordance with Uefa’s ticketing terms and conditions and will not gain entry to the stadium. Uefa therefore strongly discourages fans from buying tickets from any such websites.”

Some tickets are likely to be available on resale sites but the prices have already reached astronomic levels, already exceeding the €3,000 mark. Tickets can be found on authorised resale website Stubhub.

For those who haven't got tickets to the game itself, Madrid is expected to lay on big screens in plazas across the capital for fans to watch the game. But they haven't been announced yet, most likely because city authorities are not keen to encourage hoards of fans without tickets to come over.

But the UEFA Champions Festival will run from Thursday 30 May until Sunday 2 June at various venues across central Madrid.