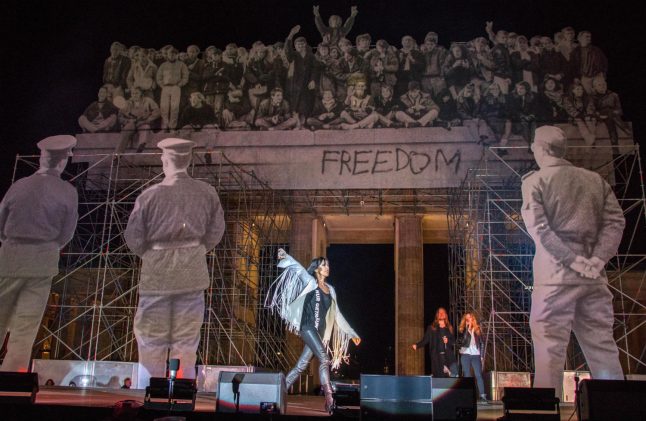 Interior Minister Horst Seehofer’s staff wrote to Finance Minister Olaf Scholz and his office to alert them of the “unplanned expenditure”, German daily the Süddeutsche Zeitung reported on Tuesday.

Ministry employees said an additional €30 million was needed this year, as well as €31 million next year, to plan and put into action a host of special celebrations.

“The need is unforeseen,” they wrote, despite the fact it is well known that German reunification took place in 1990, after the fall of the Berlin Wall.

The Finance Minister can only grant additional money during a current financial year if something unforeseeable happens, like, for example, a natural disaster or a crisis. The anniversary of German unity does not fall into this category.

But the Finance Ministry has allocated the extra money, likely because reunification is so important to the country.

The Interior Ministry said staff only realized that the 30th anniversary of German reunification had to be celebrated in a “very special way” after the 2019 budget. “The realization of the necessity to celebrate the 30th anniversary of German unity…the need to use the 30th anniversary of German reunification in a very special way, both in terms of content and scope, only took on substantial shape after the conclusion of the consultations on the federal budget for 2019 by the budgetary legislator,” they wrote.

Staff tried to justify the request for the huge amount by saying they needed extra money to organize festivities differently than before.

If celebrations were to continue in their present form they could “reinforce existing frustrations and tendencies towards social division”.

The Interior Ministry staff said they thought the anniversary should be celebrated in such a way that it unites East and West instead of dividing the country.

Seehofer wants to organize a “serious, honest dialogue” about cohesion and living conditions, they said. They suggested implementing a 'centre' in East Germany “which, in the spirit of the 1989 peace movement, is dedicated to further integrating East and West”.

Without the celebrations there would be a danger that “political and social state interests would be impaired”, they continued. Moreover, they said the money was needed as soon as possible, because “comprehensive measures” for the “implementation of the anniversary year” were necessary.

Finance Minister Scholz, of the centre-left Social Democrats – unsurprisingly – complied with the request of Seehofer, of the centre-right Christian Social Union, and his team. The Jubilee Commission, which has now been specially formed, is to present concrete party plans by mid-August.