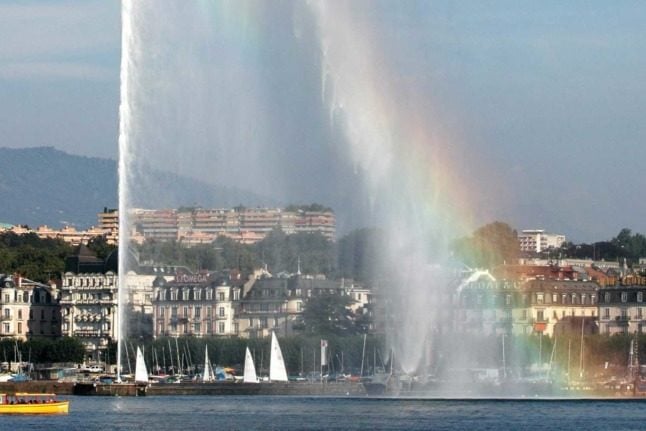 What do you wish you could have told yourself before moving to Switzerland? Photo by Terence Burke on Unsplash

Prior to moving to Switzerland, many envisage the Swiss life as being filled with skiing adventures, cheese tasting and possible sightings of Roger Federer. However, daily life can be difficult to navigate.

The Local asked six international residents of Switzerland to share what they wish they knew before moving to here.

Bev Smith, from England, moved to Switzerland with her husband when he secured a job for a company based in Basel. Initially, Bev saw the move as a temporary one, but after living in Switzerland for almost four years she wishes she made it feel like home earlier on.

“I wish I realised I should make Switzerland my home instead of a place of transition. I think the secret to enjoying Switzerland is to see it as your new home.

“I am a now planting flowers in my garden, hanging pictures on the wall, investing in deep friendships and making it feel like my ‘forever home’. I am not waiting for the next thing and I am no longer surviving, I am thriving,” said Smith.

Aideen McCarthy, from Ireland, is a seasoned traveller whose family had lived as expats more than once, so upon arriving in Switzerland, they were ready to adjust to a new life – but she admits they were initially surprised to learn that most retailers in Switzerland are closed on a Sunday.

“I wish I knew everything is closed on a Sunday, but now I am used to it and I quite like it. Our family uses Sunday as a time to unwind, reenergise and explore new places.

“We get everything done during the week knowing that Sunday is a time to rest before life gets busy again,” she said.

FIND A JOB IN SWITZERLAND: Browse thousands of English-language vacancies What would you have told yourself on arrival in Switzerland? (Photo by JOSE JORDAN / STR / AFP)

Gary Colen, originally from the United States moved to Switzerland five years ago and if there is one thing he wishes he knew it is the local language.

“Language learning as an adult is difficult, when I was young I learnt Hebrew in six months in Israel, but living in Basel where 34 percent of the population are expats, there is no immersion because English seems to be the common language. The second I start speaking German people respond in English, because they also want to practice speaking English,” said Colen.

Colen’s decision to keep trying his best to learn German stems from his own upbringing and observations of communities in New York.

“Growing up in New York I was sensitive to populations of people who would come and not integrate and stay within their own community without making an effort to learn English, so moving here I wanted to integrate as fast as possible and make an effort”.

Gary is currently studying German and attained a B1 level in the language, he says that he sees the benefits it has on his daily life.

‘It’s competitive’: Essential advice for how to find a job in Zurich

Carrie Aikman from the United States wishes she knew more about sustainable retailers when she relocated.

“I wish I knew how to find second-hand furniture and get it delivered so I didn’t rely on IKEA. I found ecochair.ch which would have been helpful to know about. They have nice furniture and they deliver.”

Carrie is passionate about environmental sustainability and has used the relocation to share her tips on how to reduce, reuse and recycle. She has spoken at her son’s school and received a positive response to her eco-friendly message.

READ MORE: 16 ways to make your life in Switzerland easier without really trying

5.    “I wish I knew about the differences between places to live”

Mother of two, Kathryn Padain moved to Switzerland nine month ago from England and is loving the relocation. She is learning German and has already made Swiss friends within her neighbourhood – but she just wishes she had more access to information about the different districts in her Canton before the relocation.

“I wish I knew more about the different places of residence in and around Basel, it would’ve been good to know the difference between living in Basel land and Basel Stadt and how that affects taxes and the benefits these locations have on daily life.

“I am also adjusting to the prices of after-school care and co-curricular activities, but overall I have enjoyed the move,” said Padain.

MAPS: The best commuter towns when working in Basel

Just like many other expats in Switzerland, James Mcmanaman was unsure about ticks when he arrived in Switzerland from the UK. But a few months after living in the city, he found a tick creeping up his leg when he was in his kitchen.

“I wish I’d known about ticks, then I wouldn’t have panicked, well I probably still would have,” he jokes “I managed to stop half the tick from entering my leg and then I bought good tweezers and got the rest of it out.”

According to experts, finding a tick should not be alarming. However, medical attention is required for the monitoring of rashes and symptoms after contact with a tick.

What do you wish you knew before arriving in Switzerland? Let us know in the comments, or get in touch at [email protected]. 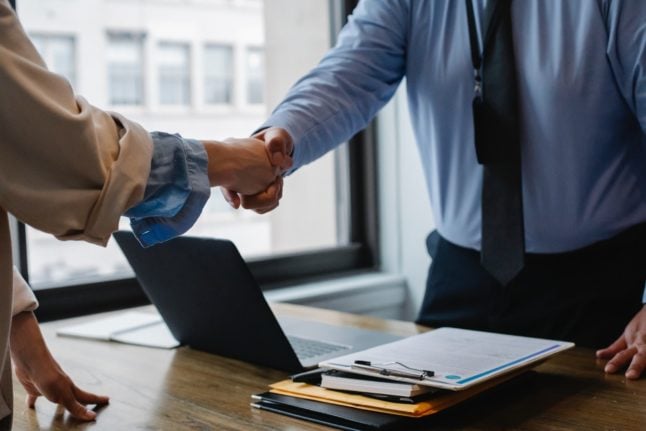 As The Local recently reported, “many sectors are looking for qualified workers, according to the State Secretariat for Economic Affairs (SECO), which reports that the unemployment rate was a record-low 2.3 percent in April, and the number of job seekers is currently 25 percent lower than at the same time in 2021.

While many industries are experiencing a boom — for instance, jobs in IT, healthcare, construction and sales are plentiful — the shortage of skilled employees is a huge problem for many employers.

READ MORE: Which jobs are in demand in Switzerland right now – and how much can you earn?

Now a study by the Swiss section of Manpower recruiting agency sheds light on where in Switzerland most job vacancies are, which could be helpful to everyone looking for employment now.

The good news for job seekers is that “the market situation is very positive for employees…Skilled workers are scarce and the shortage cannot simply be filled by workers from neighbouring countries”, according to Peter Unternährer, Manpower’s regional director for central and eastern Switzerland.

Manpower’s survey for the second quarter of 2022 (April to June) shows that 38 percent of Switzerland’s employers plan to hire new workers.

Most job opportunities (32 percent of employers seeking to hire personnel) are found in the greater Zurich area, followed by 31 percent in the Mittelland, which encompasses the cantons of Bern, Fribourg, Jura, Neuchâtel and Solothurn.

Next (30 percent) are in the Lake Geneva region, which includes the city and canton of Geneva, as well as Vaud.

In central Switzerland, 24 percent of companies are looking for employees, 23 percent in the eastern part of the country, and 18 percent in the northwest.

Manpower also found that 75 percent of the companies surveyed promote gender equality and 63 percent promote diversity in the workplace — meaning they are inclusive of employees of all backgrounds and nationalities, both in terms of hiring practices and wages.

Overall, Switzerland’s unemployment rate is much lower than across the European Union — where more than 6 percent are jobless, according to latest figures from Eurostat — because the Swiss economy was already sturdier than many others before Covid struck, so was in a better position to withstand the crisis.

But Switzerland was also one of the very few countries that have been able to attract international companies to its shores even in the midst of the pandemic, which translated into more jobs for the local workforce.

Experts believe this is due to the country’s strengths, including political, economic and financial conditions.

“Even in a time of crisis, Switzerland scored thanks to its stability, predictability and security”, said Patrik Wermelinger, member of the executive board of Switzerland Global Enterprise (SGE), which promotes the country abroad on behalf of the federal government and the cantons.

READ MORE: How the Swiss job market rebounded from the Covid pandemic