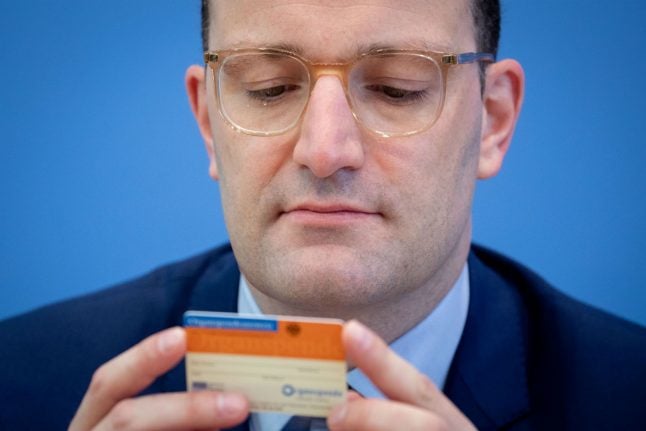 
Germany's Health Minister Monday pushed an initiative to boost the availability of transplant organs by making everyone a potential donor after death unless they have expressly opted out.

The aim of the presumed-consent rule is to reduce Germany's current backlog of about 10,000 patients awaiting transplant organs — and the about 2,000 deaths a year of those who wait in vain.

Under the new proposal, citizens would be asked to state whether they object to having their organs or tissue harvested after they are pronounced brain dead.

Those who say “no” would be listed in a national registry run by the health ministry, while all others would be considered potential donors — a principle in place across most of the European Union.

This would spell a reversal of Germany's current rules, which ask people to state their consent, meaning they have to opt-in to become organ donors.

Close relatives would still be able to block the taking of organs if they convincingly argue that the deceased would have objected.

Health Minister Jens Spahn of the centre-right CDU said there are about 10,000 patients waiting for transplant organs and that 2017 had seen a record-low of fewer than 800 donations.

“Anyone of us could be in need of an organ tomorrow,” Spahn said at a Berlin press conference, presenting the plan with lawmakers from the conservative CSU, the centre-left Social Democrats (SPD) and the far-left Die Linke party.

Spahn said Germany's potential number of organ donors is far higher as surveys had shown that over 80 percent of respondents supported the idea in theory.

Under current rules, people can sign an organ donor card and carry it in their wallets so that if they die, hospitals know they are allowed to harvest their organs. Only about 30 percent of Germans carry such a donor card.

“We have about 10 times more people on the waiting list for an organ than the number of organs that are transplanted per year,” said the SPD's Karl Lauterbach.

Some lawmakers have objected to the initiative. The CSU's Stephan Pilsinger labelled Spahn's plan “ethically questionable” and said it amounted to turning patients into “spare parts warehouses”.

Under the plan, presented jointly with Green party co-leader Annalena Baerbock, citizens would be regularly questioned whether they want to be donors.

This could be done when they extend their identity papers or during routine medical visits.