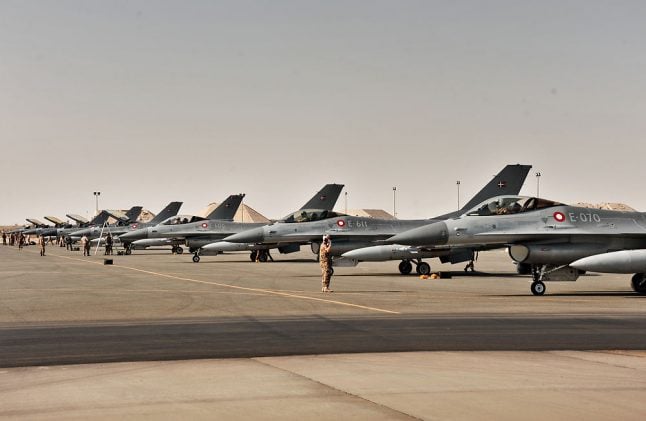 The move is being considered after Danish Defence (Forsvaret), the country's armed forces, found that gamers have a good capacity for learning, strategic sense and ability to visualise, all of which could be put to good use in the air force, broadcaster DR reports.

“Gamers have certain skills in being and remaining calm under pressure, faster reactions than other young people, quick decision making, good teamwork skills, orientation and strong ability to visualise,” Major Anders Bech, head of section with the Danish Ministry of Defence’s Personnel Agency, said to Ritzau.

“These are all abilities which we could use,” Bech added.

The military’s assessment that gamers have potential as future air force personnel comes after several trials, which have included the involvement of Danish e-sports team Astralis.

“2017 was the first time we specifically looked at gamers, by being visible on the platforms frequented by them. And we got twice as many applications as we usually do,” Bech said.

“As such, we were easily able to find enough qualified applicants for our flight leader programme, which is one of the more difficult programmes. We normally go through 20 or 40 applications before finding one that is suitable,” he explained.

Danish Defence is now set to establish a partnership with E-sport Danmark, the federation for electronic sport in the country, in an effort to increase the number of applicants who may have honed their skills through gaming.

“It’s hard to say how much of a gamer you should be. That will be put to the test when applying with us. If you send an application, you will be invited to a test,” Bech said.

“But we are still interested in finding out whether (gamers) can work out as soldiers. They have some core skills which we are interested in, but there are also other requirements in regard to being able to function as a soldier. We can’t say anything for certain about that yet,” he added.

Denmark’s military holds ongoing tests on a year-round basis for applicants to most of its educational programmes.

Finland and Sweden dropped their history of military non-alignment and announced plans to join Nato after Russia invaded Ukraine at the end of
February. All 30 Nato members must ratify the accession.

Nato member Turkey has demanded the extradition of dozens of suspected “terrorists” from both countries under an accession deal the three signed last month.

Turkish President Recep Tayyip Erdogan has threatened to “freeze” the process over Sweden and Finland’s failure to extradite the suspects.

He accuses them of providing a haven for outlawed Kurdish militants. “If these countries are not implementing the points included in the
memorandum that we signed, we will not ratify the accession protocol,” Foreign Minister Mevlut Cavusoglu reaffirmed in a televised interview.

He said the committee would meet in August but provided no details.Turkey’s parliament has broken for its summer recess and will not be able
to hold a ratification vote before October. Some Turkish officials have warned that the process may drag out until next year.