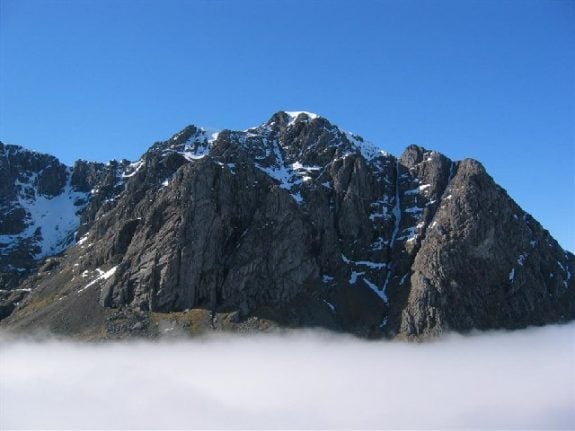 Ben Nevis is the highest mountain in the British Isles at 1,345 metres. Photo: David Crocker

Another Swiss man was also injured in the incident, the Swiss Federal Department of Foreign Affairs confirmed to The Local.

The two Swiss climbers were among a group of four men who were struck by an avalanche on Tuesday morning while in the Number 5 gully area of Ben Nevis.

The two other climbers were killed, Scottish police stated. Their nationality has not yet been confirmed.

However, Swiss regional daily Le Nouvelliste reported the four men were members of a single group from the city of Sion in the canton of Valais and that the other two deceased climbers were French nationals with close links to Valais.

The Number 5 gully is considered one of the easier winter climbs on Ben Nevis but mountaineering sites also note that it is avalanche prone.

The Scottish Avalanche Information Service had issued a warning for the Ben Nevis area for Tuesday stating the avalanche hazard would be high.

This is absolutely tragic news. My thoughts are very much with the bereaved and injured. And my gratitude as always for the work of our emergency services, Mountain Rescue and Coastguard. https://t.co/h348CWRzgx