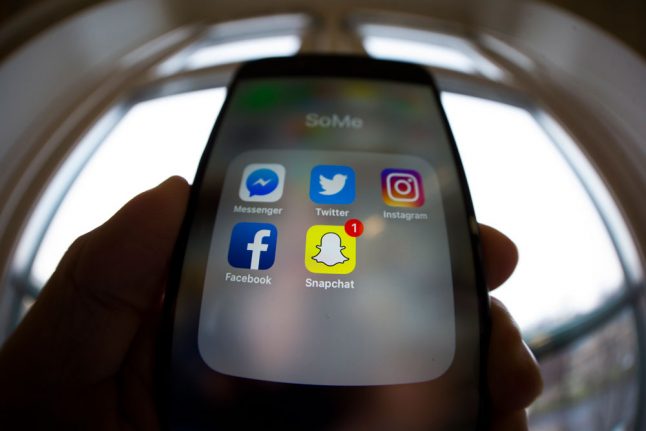 The man used social media apps to target his victims. Photo: Håkon Mosvold Larsen / NTB scanpix / TT
According to the court, the Borås man contacted young girls via social media apps Snapchat, Skype and Yubo, an app formerly known as Yellow that has been called “Tinder for teens”.
The man would contact young girls through the apps under the guise of a boy closer to their age. He would then convince them to “participate in conversations of a sexual nature and exploit the plaintiffs, in some cases through threats, to perform sexually by sending him photos or videos of a sexual nature,” according to the court’s judgement.
The 23-year-old was found guilty on a number of counts, including one charge of rape for an incident in which he convinced a young girl to do a live video stream of herself masturbating with a foreign object.
Additionally, he was found guilty of gross sexual abuse of children, the production and possession of child pornography and paying a minor for sexual services.
READ ALSO: Swedish man accused of sex crimes against 63 young girls
The 63 plaintiffs in the case were girls between the ages of ten and sixteen.
“In one case he was not convicted because the girl was over 15 years old (the legal age of sexual consent in Sweden). In those cases, it takes more for a conviction. But we have believed the stories of all of the plaintiffs,” District Court Judge Marie Sobilius told news agency TT.
Sobilius said that on two occasions the man met his online targets in real life. One of those meetings led to a charge of sexual harassment while the other led to the sex purchase charge.
“He offered the girl money for sexual services,” she said.
The 23-year-old man has been found guilty on similar charges four previous times. He has undergone a psychiatric examination but it did not affect his sentence.
The offences occurred during between 2015 and 2017.

CULTURE
‘Why is it funny to point out something that everyone already knows about Swedish culture?’
Url copied to clipboard!