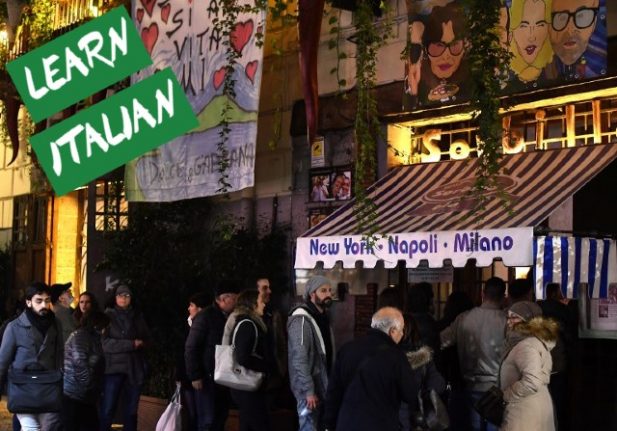 An explosion was reported outside one of Naples' most famous pizzerias early on Wednesday, forcing the popular eatery to close its doors.

“Closed for bombing,” read a sign held by the Pizzeria Sorbillo's owner, Gino Sorbillo, alongside the promise: “Reopening soon”. The late-night explosion, which occurred when the popular pizzeria was closed, did not injure anyone, but damaged the restaurant's entrance on the busy Via dei Tribunali.

It comes seven years after the pizzeria suffered a devastating fire, rumoured to have been set by the local mafia as punishment for refusing to pay protection money.

“After the fire … now come the bombs,” commented Sorbillo, one of Italy's best known pizza chefs.

“What saddens me most is that they set a bomb in a place that's a symbol of this city's rebirth: I've been working for years to put the old town back in the spotlight, with tourists, with local and foreign customers, and all of a sudden they force me to close like this,” he told the Corriere della Sera.

“I'm afraid it's a warning to other businesses, that they targeted me to say: 'If we did it to Sorbillo, we can do it to anyone.'” His pizzeria is one of the attractions to have brought tourists into the working-class neighbourhoods of Naples, which has long been dogged by organized crime and deprivation.

After the success of his original location, Sorbillo has since opened other venues in Naples, Milan and New York, and regularly wins accolades for making some of Italy's best pizza.

Police are examining footage from surveillance cameras in hope of identifying the culprit. Meanwhile, Sorbillo said that his restaurant would be serving pizzas again “within a few days”.

all of a sudden – all'improvviso

READ ALSO: What makes Neapolitan pizza one of the world's cultural treasures?