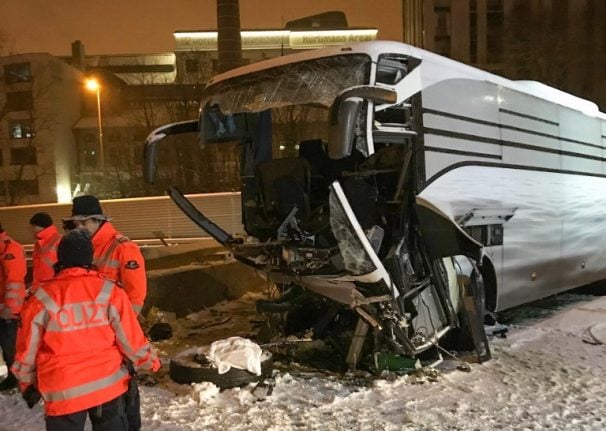 The bus involved in the December 16th accident was travelling from Genoa to Dusseldorf. Photo: AFP

The man, whose name has been given as Roberto T., by Swiss media, did not wake from a coma after receiving serious injuries during the December 16th crash.

He died on Monday, according to Genoa daily Il Secolo XIX.

His 57-year-old co-driver was behind the wheel of the bus when it crashed into a wall on the A3 motorway near Zurich in the early hours of December 16th. The 57-year-old was also seriously injured.

A 37-year-old Italian woman was killed immediately while over 40 others were injured when the bus operated by a subsidiary of German firm Flixbus slammed into a wall.

The cause of the accident is not yet known.