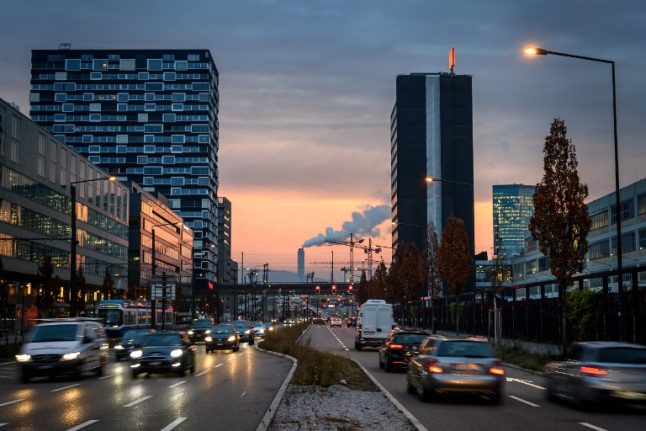 That is the highest amount of any city or canton in German-speaking Switzerland, according to research carried out by Swiss weekly Schweiz am Wochenende.

The total amount budgeted for police fines in this part of the country next year is a preliminary 285,673,200 francs, or around 45 francs per person – a similar figure to 2018.

Read also: Driver in Geneva fined for failing to go on green light

After Zurich, the second highest figure is in Baden in the canton of Aargau where preliminary budget projections have city police handing out fines totalling 113 francs per person in 2019.

This is almost twice as high as the 2017 figures with the huge increase based on the planned installation of fixed speed cameras in the canton, according to Schweiz am Wochenende.

At the bottom of the “fines” table is Solothurn, where cantonal police are budgeting for police fines of just 6 francs per person.

In Basel–Stadt, fines are expected to bring in 79 francs per person. In Schwyz, the figure is 44 francs, in St Gallen 43 francs, in Bern 39 francs and in Luzern 19 francs.

Cantonal police in Zurich are budgeting on taking in 17 francs per person in fines next year.

But the president of the Swiss police federation (VSPB), Johanna Bundi Ryser, was critical of the government budget projections.

Fines were designed to change behaviour and not give a boost to government coffers, she told Schweiz am Wochenende.

She said most police would not be influenced by the government budget projections as the number of fines handed out rarely had an impact on performance appraisals.

A court in the Swiss canton of Lucerne has jailed an 84-year-old man for two years and four months for two bank robberies stretching back across the past decade.

The man, named in Swiss media as Willi P, has been given a partially suspended sentence and will only need to serve six months.

He threatened the bank’s employees with a folding pocket knife placed inside a plastic bag to look like a gun.

The man avoided jail in 2021 when the case was brought to court, with the judges saying he was too old.

This time, the cantonal court disagreed.

“According to the case law of the federal court, even a relatively old age does not in principle justify a particular sensitivity to punishment, which must be taken into account to reduce the sentence,” the court said.

READ MORE: Why do foreigners ‘commit more violent crimes’ than the Swiss?

Willi P was remorseful, telling the media he was “heartbroken” by what he had done, telling the press his wife had no idea about the robberies.

“I’m really sorry for everything and felt heartbroken. Afterwards I said to myself: Hey, you are stupid! Why do you still have to do something like this at this age?”

The man pleaded with the court not to sentence him, saying “I’ve been punished enough with my poor health. I am sorry.”

While the court noted that due to the man’s advanced age he may die in jail, this was not enough of an exceptional circumstance to prevent the sentence.