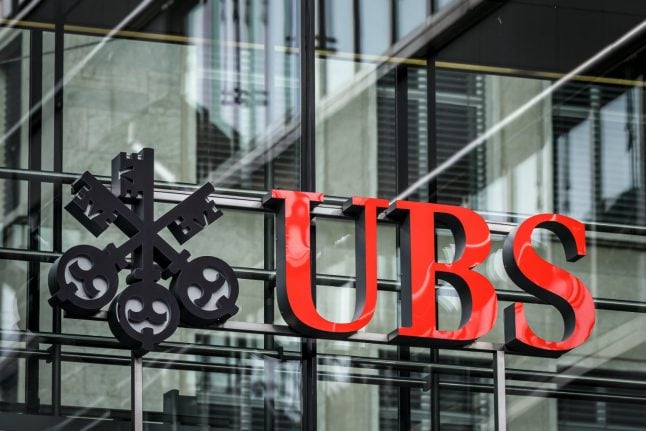 Beijing in April relaxed the rules in the financial industry in a move to open up the economy.

“This is the first foreign-controlled securities company approved by the China Securities Regulatory Commission after the implementation of the Measures for the Administration of Foreign-invested Securities Companies.”

USB AG, which currently owns about 25 per cent of shares in the USB Securities Co. Ltd joint venture, said in a statement that it would acquire stakes from China Guodian Capital Holdings and COFCO.

But Beijing said it would liberalise shareholding limits in the financial services industry last year.

Officials moved to make good on the pledge in April, immediately allowing foreign investors to take 51 percent stakes in securities firms and fund managers, with pledges set out to eventually allow full control.

Earlier this week, two European insurance giants Allianz and Axa received approval to expand their footprint in China — Allianz has been allowed to start a company fully funded by foreign capital while Axa would take full control of a joint venture.

Beijing has pledged to open up its economy as it looks to head off a possible trade tensions have increased with the United States.

US president Donald Trump has slapped punishing tariffs on more than $250 billion in Chinese imports so far this year and China responded with its own tariffs on $110
billion in US goods.

But Trump has threatened to target the remaining $267 billion worth of Chinese imports as well, hitting Apple iPhones and laptops produced in China.

The US president is set to meet with Chinese leader Xi Jinping in Argentina on Saturday where they are attending the G20 summit.

The Copenhagen Democracy Summit was held Monday and Tuesday in the Danish capital and organised by the Alliance of Democracies, an organisation targeted by Beijing sanctions in March and founded by former NATO boss Anders Fogh Rasmussen.

“This summit is a political farce,” the Chinese embassy in Denmark wrote in a statement published on Tuesday. “Inviting those who advocate Taiwan and Hong Kong ‘independence’ to the meeting violates the one-China principle and interferes in China’s internal affairs,” it said.

“Some hypocritical western politicians are good at meddling in other countries’ internal affairs and creating divisions and confrontation in the name of ‘democracy’ and ‘freedom’. They are bound to fail,” it added.

At the conference on Monday, Kofod said it was “deplorable” that Beijing had imposed sanctions on 10 European individuals and organisations in response to EU sanctions on Xinjiang officials over their actions against the Uyghur Muslim minority.

Cut off politically from the rest of China since the end of the Chinese Civil War in 1949, the territory is self-governing but is not recognised by
the United Nations.

Beijing considers Taiwan a rebel province that will one day return under its control, by force if necessary.

China’s sabre-rattling has increased considerably over the past year, with fighter jets and nuclear-capable bombers breaching Taiwan’s air defence zone on a near-daily basis.

“Our government is fully aware of the threats to regional security, and is actively enhancing our national defence capabilities to protect our
democracy,” Tsai told the conference in a video address on Monday. US President Joe Biden is expected to present his China strategy soon, as
calls mount for him to publicly commit to defending Taiwan militarily in the event of a Chinese attack.