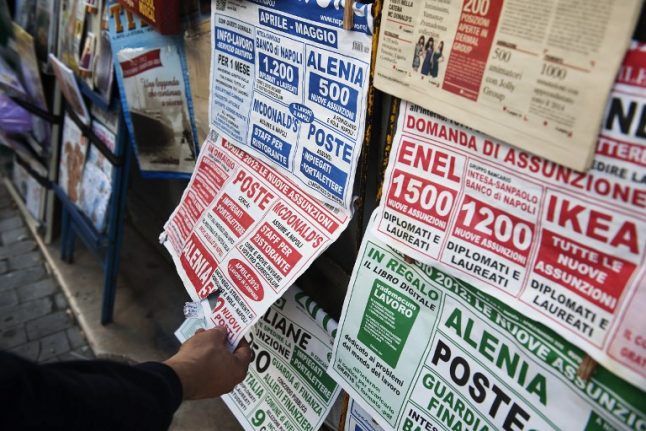 Gross domestic product contracted by 0.1 percent between July and September compared to the previous quarter, the national institute of statistics said, revising down a previous estimate of stagnant or 0 percent growth.

Unemployment in Italy was up 0.2 percent at 10.6 percent, well above the eurozone average of 8.1 percent, Istat also said.

The agency forecast last week that the economy would grow 1.3 percent next year, below the government's estimate of 1.5 percent included in a big-spending budget rejected by Brussels.

Istat said growth this year will come in at a slower 1.1 percent, but added that unemployment could improve slightly in both years.

Italy's populist government has argued that after years of failed austerity policies, it is time to stimulate the economy to offer Italians some respite and hope for the future.

Rome has submitted to the European Union a 2019 budget based on a public deficit of 2.4 percent of gross domestic product in 2019 — three times the target of the government's centre-left predecessor — and one of 2.1 percent in 2020.

But Brussels says this will only increase Italy's overall debt, with the deficit hitting 2.9 percent of GDP in 2019 and 3.1 percent in 2020 — breaching the EU's 3.0 percent limit.