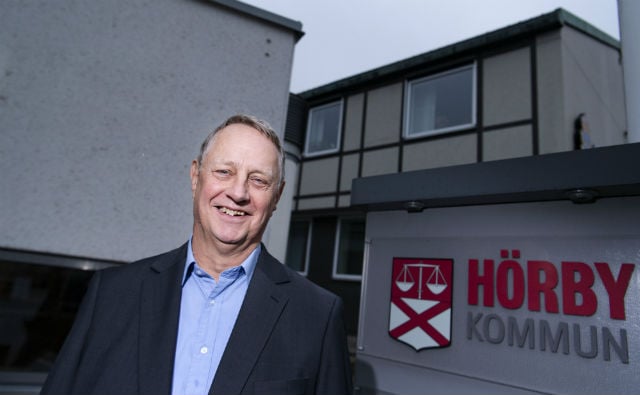 
The first council run by the anti-immigration Sweden Democrats has voted to halve spending on teaching children their mother tongues, in their first budget since taking power.

Hörby Municipality, near Malmö, hopes to save 1.6 million kronor ($180,000) by abolishing mother-tongue tuition or 'modersmålsundervisning' carried out at pre-school level or by unqualified teachers.

The tougher policy towards those in the municipality with foreign backgrounds comes shortly after the nearby Staffanstorp municipality, where the anti-immigration party has also joined the ruling coalition, said they would stop halal meat being served in schools and at old people's homes.
At the national level, the Sweden Democrats have long called for an end to a requirement that Sweden's municipalities offer mother-tongue tuition, submitting a bill to parliament in 2011.
READ ALSO: Swedish Moderate-led council to ban halal meat in deal with populists
Stefan Borg, the group leader for the Sweden Democrats in the municipality said improving students' “Arabic, Dari or Somali” should not be a priority.
“The problems we have in Sweden are not related to the ability to speak Arabic or any other language, they are related to an inability to speak or write Swedish,” he told The Local. “That's out prime concern. We must make sure that Swedish is taught efficiently in schools.”
Borg claimed that of the 15 teachers employed by the municipality to teach these languages, only one was qualified to teach in Sweden, and only four had any kind of pedagogical training.
“We have well-founded doubts that it's not actually efficient,” he added, pointing to a three-year study by the Danish Ministry of Education which concluded in May 2017 that mother-tongue tuition, while it did help the Arabic writing skills of students studying Arabic, did not help improve academic skills in Danish.
Christina Hedman, a professor at Stockholm University who recently finished a four-year study into mother-tongue tuition, said that Sweden's mother-tongue education policy was aimed at increasing functional bilingualism among Swedish citizens, not improving their Swedish.
“The main purpose of mother-tongue instruction is to develop your mother tongue in its own right,” she said, arguing that it was a “strange idea” to expect it to increase proficiency in Swedish or Danish.
“But the truth is that it seems not to interfere with your Swedish learning, which is what the Sweden Democrats are worried about. All research so far shows the opposite, that it actually helps learning other languages.”
Her own study of Somali tuition found that mother-tongue tuition appeared to improve both written and spoken fluency in Somali and students' school results overall, with good reading comprehension in Somali in year four associated with better grades in maths and other subjects.
Studies of students on bilingual programs in North America have produced similar results, she said, with students on such programs tending to perform better in both languages.
READ ALSO: How to raise bilingual children in Sweden
Sweden's mother-tongue education system also offers a way into the workplace for teachers and other professionals who have moved to Sweden from other countries but have yet to learn to speak Swedish or gain Swedish teaching qualifications.
The Sweden Democrat budget also cut 300,000 kronor from a joint project with the next door Eslöv and Höör municipalities which aims to help young people who are not in school or jobs to get back on track.
It will strip 200,000 kronor in funding from the local Culture School, where residents can learn to play musical instruments, dance, sing, act, and paint, and it will cut 150,000 kronor from the budget for the local library.
Borg has also promised a “security package”, which would see funding for new security cameras and guards in the city centre, compulsory drug tests in schools, and caravan trailer parks for those in the municipality who have only recently been granted residency in Sweden.
The budget passed on Monday night after the Moderate Party decided to abstain from voting.
READ ALSO: Moderates take power across Skåne with help of Sweden Democrats 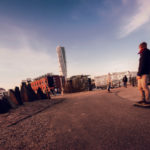