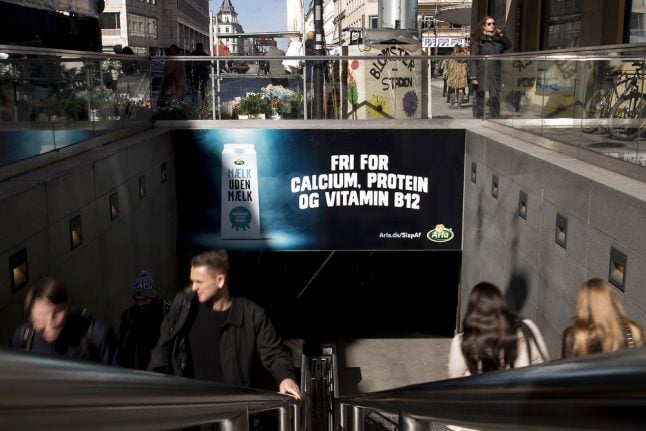 The news that an agreement between the EU and the UK on the latter’s departure from the bloc has reassured markets, business leaders and politicians across Europe.

Danish Prime Minister Løkke Rasmussen said a deal was a “positive signal” but was cautious in his assessment. “What we, as Liberals, are concerned with is that there is balance and we don’t enter into a system in which the British are given unintended competitive advantages,” PM Rasmussen said in comments to national broadcaster DR on November 14th.

Reactions in Denmark to the recently-announced draft deal between the UK and the EU have generally been positive.

“The transitional agreement provides a certain amount of clarity for businesses that have long lived with uncertainty caused by Brexit,” Thomas Bustrup, director of the Confederation of Danish Industry, told Ritzau in a written comment.

The alternative, a no-deal scenario, has been haunting the DI and other Danish industry leaders. The UK is a major market for Danish meat, dairy, manufacturing, pharmaceuticals and more.

“Brexit will impact a range of sectors in the Danish economy; how much naturally depends on which agreement is made (if any). Agriculture and the fisheries industry seem particularly noticeable for Denmark,” Jesper Dahl Kelstrup, a researcher with Roskilde University, told The Local by email.

Many food companies, like dairy giant Arla Foods, are based in the region of Eastern Jutland. “Yet production is all over the country. It’s a national value chain. It is important to point this out,” Anders Ladefoged, head of European affairs at the Confederation of Danish Industry (DI), told The Local in an exclusive interview.

A brief glimpse at meat production in Denmark highlights how the whole country has a level of exposure to Brexit.

“If you take pork, meat etc, some companies are also in eastern Jutland,” adds Ladefoged. Danish Crown, which supplies more than a quarter of Britain’s bacon, is one of them. “Yet slaughter facilities are in different locations. Many parts of country are involved in meat production. This has been a traditional approach in the meat and dairy industry.”

Danish Crown’s UK subsidiary Tulip has been buying local manufacturers, a potential bid to avoid post-Brexit tariffs, duties and delays, and to localize production in one of the company’s most important markets. This could have a knock-on effect on jobs in Denmark, if a large quantity of production and manufacturing is moved to the UK.

“If companies choose to transfer production from Denmark to the UK because of Brexit that would affect jobs in Denmark,” Ladefoged told The Local.

Like for many EU states, Brexit is a double-edged sword for Denmark. Although mainly a blunt one-sided one threatening to disrupt various industries. Like fishing.

“Fishing is a very important sector. A lot of fish is landed in Jutland but caught in British waters,” clarified Ladefoged. Even British fishermen land their catch in Denmark because of the manufacturing and processing facilities in the country.

A 2018 study by the University of Aalborg estimates that up to 1,500 jobs could in the Danish fishing sector could be lost if Danish vessels are locked out of EU waters. In other words, if the reported Brexit agreement does not allow EU vessels access to British waters.

That study focuses on “four ports and the communities of Thyborøn, Hanstholm, Hirtshals and Skagen” in Jutland.

“Thirty-five vessels obtain more than 15% of their landing value from catches in the UK EEZ. The UK-EEZ catches, primarily herring, mackerel and species for non-human consumption, represent a landing value of DKK 982 million,” states the report.

The study assumes two scenarios. In the least bad one, the Danish vessels currently operating in UK waters would lose at least 50 per cent of their profits and catch based on the estimate that Danish vessels will not be able to replicate the volume and quota elsewhere “as some of the very good fishing grounds are within the UK EEZ.”

Fishing might be Denmark’s Brexit quagmire, yet pharma could be its forte. “The pharma sector to a large extent is concentrated in Copenhagen. There is a cluster of companies in the pharma sector, which is becoming stronger and stronger. That is why Denmark also really wanted the European Medicines Agency,” DI’s Ladefoged told The Local. The EMA, which relocated from the UK next year, was eventually was awarded to Amsterdam.

Yet Ladefoged says that if any Danish sector can lure business from the UK, it is probably the capital Copenhagen’s pharmaceutical cluster. “Some companies looking to continue to operate from inside the EU could opt to set up in the Danish capital. It might also be companies from third countries,” adds Ladefoged.

The Danish finance sector could also lure some firms in the Uk worried about passporting rights. “Most financial services firms looking to relocate will opt for places like Paris or Frankfurt but there could be a thin trickle that could be interesting for Denmark,” says Ladefoged.

Denmark is unlikely to lure car plants from the UK. But then it doesn’t really want to: labour and expertise is what is needed most.

“There is already a capacity problem in Denmark. Unemployment is very low – in fact, there is a lack of labour. We need experts and labour in all of our sectors. We need access to more labour. If we can increase the number of experts and employees in each sector we would be able to increase our export in general,” says Ladefoged.

Could ‘Brexit refugees’ fleeing the UK be the answer? “If eastern Europeans leaving the UK wanted to come to Denmark that would be great, although that does not seem very likely,” predicts Ladefoged.

While news of a draft agreement in the future relationship between the UK and the EU has reassured markets, business leaders and the corporate sector, that deal must be approved by the UK parliament, what analysts are still calling a huge hurdle. In other words, a no-deal scenario is still a possible outcome regardless of the fact that the negotiating parties have reached agreement.

“One of the most immediate problems are the exports in food sectors, which will be heavily affected in the case of a no-deal Brexit. They are, however, prepared for it,” Ladefoged told The Local.

“What’s important for us now is that individual companies prepare. Now is the time to see how they might be specifically affected,” he added.

The organisation is to shift strategy from strongly opposing the tax to participating “constructively within negotiations” on a green agricultural tax reform, newspaper Berlingske reports.

Despite the organisation’s change in stance, its chairperson Søren Søndergaard said he still maintains that taxing agriculture based on CO2 emissions is not sensible climate politics.

“But there has now been an election and there are [ongoing] negotiations to form a government. We can see that the parties that are close to the negotiations all want a CO2 tax on agriculture,” he told Berlingske.

The Danish Agriculture & Food Council (DAFC) therefore wants a seat at the table when the rules –which it accepts are coming — are set.

It has proposed five principles for reform. According to Berlingske, the principles strongly resemble the organisation’s longstanding arguments against a CO2 tax.

Among its principles, DAFC wants to retain the 2021 reduction targets at 5 million tonnes of CO2 per year by 2030. Politicians are considered likely to push for a more ambitious schedule.

Other items on the organisation’s wishlist are measures to protect competitiveness and relocation of jobs; and a promise that funds collected from a CO2 tax will be reinvested in the food industry. It also wants incentives for farmers and companies.

The Liberal (Venstre) party, which could be part of a future government, was previously against the CO2 tax but has also changed its position.

“You can argue against a tax but you will not win,” Liberal leader Jakob Ellemann-Jensen told Danish Agriculture & Food Council representative earlier this month.

“It will happen, because there is a majority behind it,” he said.