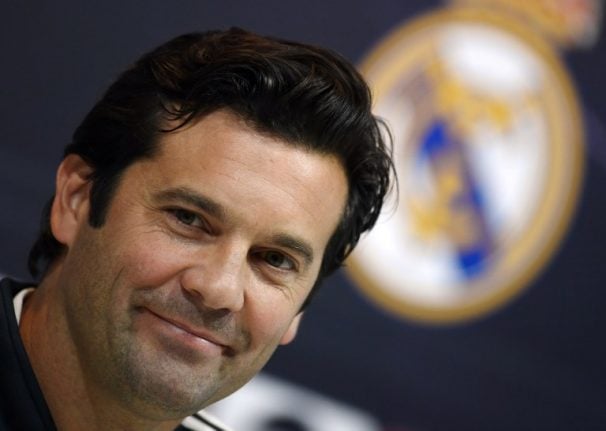 
Real Madrid director Emilio Butragueno has said the club are delighted with Santiago Solari's spell in charge after the team posted their fourth consecutive win by beating Celta Vigo on Sunday.

Madrid claimed a 4-2 victory at Balaidos and the expectation is Solari will now be given the job full-time, following a transformation in results.

Four victories during his tenure have brought 15 goals scored and just two conceded while Real have cut the gap behind Barcelona to four points in La Liga.

The win over Celta was the club's last fixture before Solari's two weeks as an interim coach ends during the international break.

“He has done excellently,” Butragueno said on Sunday. “He arrived in a very particular moment and has achieved very good results, above all today against Celta in a very difficult game. We are very happy with how things have gone.”

Butragueno would not confirm whether Solari's position would be made permanent but it is likely the Argentinian will remain in the post, at least until the end of the season.

“We will see,” Solari said. “I usually don't plan too far ahead but in principle, it's my day off tomorrow.

“The important thing is to do everything for the good of the team and Real Madrid. Nothing else is important for me.”

Madrid defender Alvaro Odriozola said the players are behind Solari.

“These things are decided by those at the top, we just have to work to get out of the crisis,” Odriozola said.

“We'll go to the death with him, he's a great coach and of course we want him to continue.”

Madrid dominated a chaotic match against Celta that featured three goals and a red card in the final 10 minutes.

Karim Benzema scored a brilliant opener before instigating a second, his shot cannoning in off Gustavo Cabral.

Hugo Mallo pulled one back for the hosts in the second half but Sergio Ramos chipped in a late penalty to put the result beyond doubt and Cabral was sent off for receiving a second yellow card. Dani Ceballos' stunning effort made it four, with Brais Mendez adding a late Celta consolation.

“The team showed a lot of personality to come through all the circumstances of the game,” Solari said.

Madrid suffered a spate of injuries as Casemiro, Sergio Reguilon and Nacho were all forced off. Gareth Bale took a knock to his left ankle in the first half but was able to continue.

“Gareth made a massive effort, his ankle was very swollen,” Solari said. “Celta played very aggressively, on the edge of the rules.”