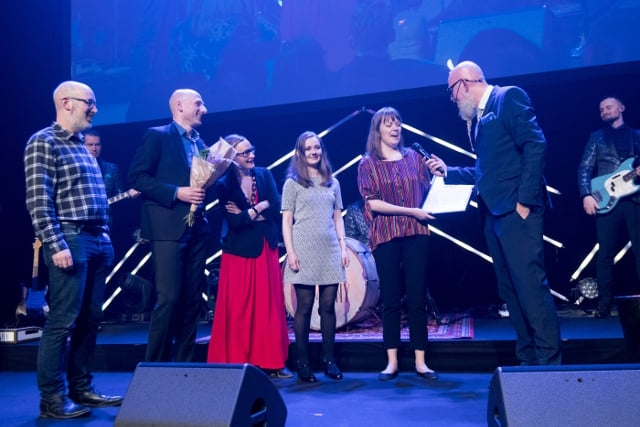 The Local won the 2018 Digital Publisher of the Year Award in the Popular Press category at a gala in Stockholm hosted by the Swedish Magazine Publishers Association (Sveriges Tidskrifter).

“Through strong editorial work and a well-developed digital concept, this site has had an impressive journey in the past year. Its impact is strong both in Sweden and internationally – not least when it comes to the image of Sweden,” the publishers' association said in its statement on Wednesday.

The Local faced off stiff competition for the award in the form of Baaam, an online feminist magazine for young women, anti-racism website Expo and KPWebben, a community site for children.

The award caps an excellent year for The Local's original Swedish site, founded by Britons Paul Rapacioli and James Savage in 2004, as well as for its other eight news sites across Europe.

READ ALSO: October was a record month for The Local Sweden

“The very first edition of The Local was a newsletter sent to 12 readers in Stockholm. Last month the Swedish site alone had a record 1.75 million unique visitors, so it's been quite a journey,” said The Local Sweden's editor Emma Löfgren. “We have worked very hard on making The Local even more relevant to our readers, including launching Membership a year ago. It's great to see our industry is taking note.”

The editorial gong comes just a day after The Local's Client Studio was honoured at the Native Advertising Awards in Berlin for its work on the ongoing initiative 'A Woman's Place', which promotes Stockholm as a gender equal city where women can achieve their professional and personal potential.

The Local's team took home the bronze award in the Best Use of Online Media category.

Run in partnership with Stockholm's investment promotion agency Invest Stockholm, 'A Woman's Place' has generated over 9.6 million social impression since its launch on March 8th, 2018. To date, 94 companies including unicorns Spotify, Klarna and iZettle have joined the initiative.

“We're really proud of this achievement, especially considering the strength of the competition,” said The Local's commercial editor Sophie Miskiw. “In the wake of #MeToo, Invest Stockholm wanted to show that efforts are taking place in Stockholm to make it a more equal place for both men and women. We used real stories to make initiative come alive and our international audience responded to that.”

Also awarded in the category were 24sata Native (gold) for its campaign 'Let's Talk About Sex: Breaking the Taboo' and CNN International Commerical/Gyro (silver) for 'Great by Design 2.0'.

Read more about the two awards here and here.

THE LOCAL
What The Local’s new design means for you

THE LOCAL
How The Local’s members are helping us get better
Url copied to clipboard!