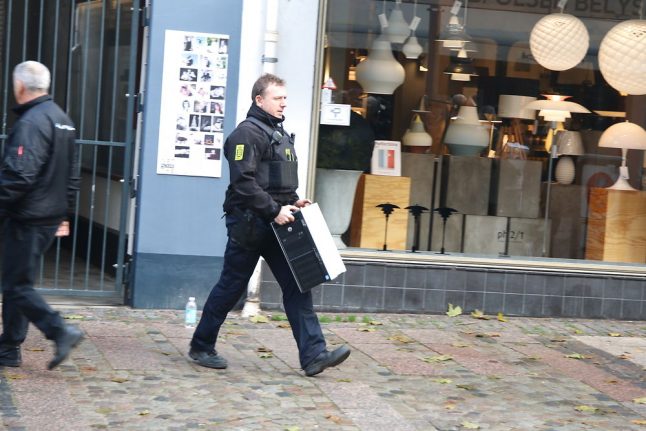 “Three people have been arrested suspected of violating the Danish law… on condoning terrorism,” a police statement said.

The three arrested individuals live in Ringsted, a town 60km to the southwest of Copenhagen, Ritzau reports.

The three members of the Arab Struggle Movement for the Liberation of Ahvaz (ASMLA) are accused of praising the five commandos who attacked a military parade in the Iranian city of Ahvaz on September 22, spraying the crowd with gunfire and killing 24 people.

Iran has blamed the attack on the ASMLA, which advocates for an Arab state in a southwestern Iranian province. Tehran calls it a terrorist organisation.

The Danish intelligence service PET on October 30th said it had prevented an assassination attempt by Tehran against three exiled Iranians living in Denmark, including the exiled leader of ASMLA.

PET has provided protection for the ASMLA leader since early 2018 “as a result of tangible threats which, in the assessment of PET, emanate from Iran”.

Those threats were behind the police operation that led to the closure of a number of bridges and ferry routes on September 28th this year, Ritzau writes.

“Despite the fact that they are suspected of having committed crimes, they continue to be protected by extensive security measures because of the threat posed to them,” Danish police said in a statement Wednesday.

A Norwegian of Iranian origin was arrested on October 21st and placed in custody, suspected of planning the assassination and spying for Iran.

Denmark recalled its ambassador to Iran over the foiled attack, and said it was consulting with its allies about possible sanctions against Tehran.

Iran has denied the Danish allegations, calling them “a continuation of conspiracies by the enemies of good and developing relations between Iran and Europe.”

The three risk 12 years in prison if found guilty.

Aged 39 to 50, the trio are members of the separatist organisation ASMLA (Arab Struggle Movement for the Liberation of Ahvaz), which is based in Denmark and the Netherlands and which Iran considers a terrorist group.

The three, one of whom is a Danish citizen, have been held in custody in Denmark since February 2020.

Gert Dyrn, lawyer for the eldest of the three, told AFP that in his client’s opinion “what they are charged with is legitimate resistance towards an oppressive regime.”

“They are not denying receiving money from multiple sources, including Saudi Arabia, to help the movement and help them accomplish their political aim,” Dyrn said.

His client has lived as a refugee in Denmark since 2006.

According to the charge sheet seen by AFP, the three received around 30 million kroner (four million euros, $4.9 million) for ASMLA and its armed branch, through bank accounts in Austria and the United Arab Emirates.

The trio is also accused of spying on people and organisations in Denmark between 2012 and 2020 for Saudi intelligence.

Finally, they are also accused of promoting terrorism and “encouraging the activities of the terrorist movement Jaish Al-Adl, which has activities in Iran, by supporting them with advice, promotion, and coordinating attacks.”

The case dates back to 2018 when one of the three was the target of a foiled attack on Danish soil believed to be sponsored by the Iranian regime in retaliation for the killing of 24 people in Ahvaz, southwestern Iran, in September 2018.

Tehran formally denied the attack plan in Denmark, but a Danish court last year jailed a Norwegian-Iranian for seven years for his role in the plot.

That attack put Danish authorities on the trail of the trio’s ASMLA activities.

Sunni Saudi Arabia is the main rival in the Middle East of Shia Iran, and Tehran regularly accuses it, along with Israel and the United States, of supporting separatist groups.

Lawyer Gert Dyrn said this was “the first case in Denmark within terror law where you have to consider who is a terrorist and who is a freedom fighter.”