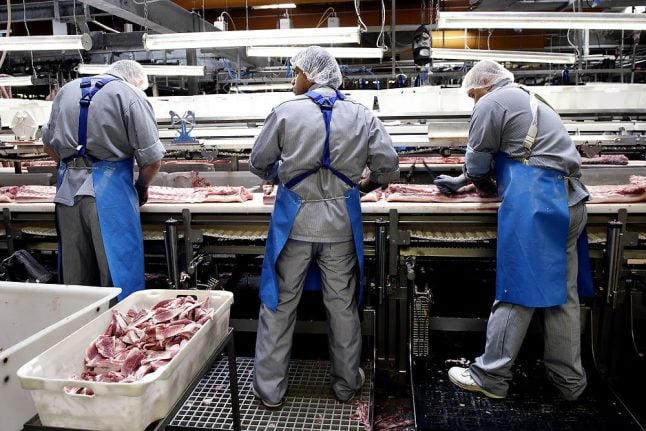 “Meat is the world’s least sustainable food product. It is the absolute worst thing you can produce, and we’re world champions of it in Denmark,” he continued.

“Our nature and environment must now suffer for the sake of meat for people in China. That’s insane,” he said.

Danish Crown opened a processing factory in Shanghai earlier this year. It is this facility which will process and package the meat for Chinese consumers.

Sloth called for political restrictions on market forces that could cause significant environmental harm.

He also said that a programme on green policy presented by the government last month failed to address pollution caused by pork production.

“You cannot blame Danish Crown, who are reaping the rewards as their entire apparatus allows,” he said.

“The agricultural sector has been given a free pass by the government. It is Danish politicians who are allowing our land to become an ammonia puddle,” he said, also calling Denmark “a real ‘oink-oink’ country” and “the world’s meat factory”.

“There is no excuse for this, if you consider the climate crisis we are facing,” he said.

Sloth cited a study from Germany’s Potsdam Institute for Climate Impact Research which found that plant-based agriculture has the capacity to feed three to four times as many people as meat.

“Danish politicians must cut down on the number of animals in Denmark. That would have an immediate effect in climate impact,” he said.