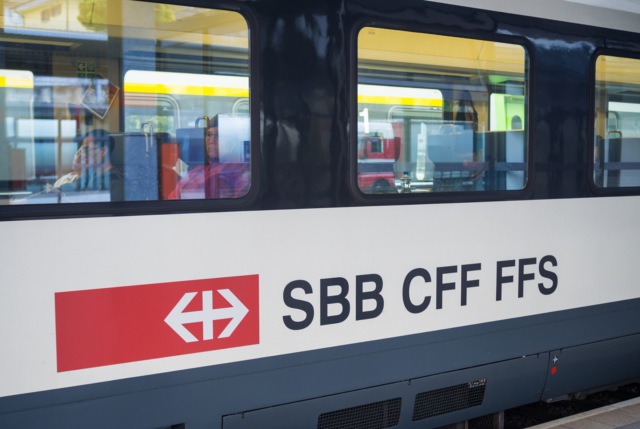 Anyone living in Switzerland is familiar with the pink payment slips that regularly appear in the mail along with the all-too-frequent bills.

But a customer of Switzerland’s SBB was more than a little surprised recently to be sent a pink slip to help her pay a bill for the total of 0 francs and 0 cents.

Read also: This is the least punctual train in Switzerland

The customer pays 245 Swiss francs (€215) to the SBB every month for her yearly GA young adults GA travelcard which allows unlimited travel on the national public transport network.

But in October she received a letter stating: “Perhaps you have overlooked the fact that you have not yet paid the SBB the sum of 0.00 francs.”

The SBB then thanked the woman in advance for settling by October 8th using the attached payment slip.

The customer in question found the situation amusing, according to Swiss news site 20 Minuten. “But I find it strange that that the SBB invoiced me for zero francs and wasted paper for no reason,” she said.

The SBB meanwhile said it was aware of a handful of similar cases. A spokesperson said the bill had been paid too late and the printing of a reminder notice had already been triggered when details of her payment were received by the system.

The SBB said it as now looking at optimising the system so that this didn’t happen in future.

“The bill can be thrown away of course,” the spokesperson said.

COST OF LIVING
REVEALED: How to find cheap train tickets in Switzerland

Snow has slowed down train traffic in Switzerland. Photo by AFP

Freezing temperatures cut off the power on some lines, disrupting train traffic in several regions.

Internationally, traffic between St. Margrethen in St.Gallen and Munich was interrupted due to heavy snowfall. EuroCity trains between Zurich and Munich were canceled.

Before it resumes normal service, Swiss Federal Railways (SBB) must clear a thick layer of snow from trains and remove fallen trees from tracks, the company said on its website.

The train between Basel and Zurich airport will be canceled until Tuesday evening.

But SBB says it will resume most of its traffic on the main lines on Monday, though at reduced frequency.

Shorter train formations and longer journeys should also be expected in the next few days.

How can you know ahead of time about any last-minute cancellations or delays?

The timetable is also constantly updated on the SBB Mobile App.

Any delays or last minute cancellations are indicated there in real time.

On Twitter, @RailService and @railinfo_cff provide information on possible disruptions as well.