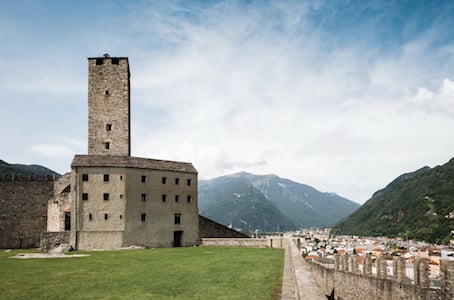 Pop up hotels. All of the above (and a number of other unusual venues across Switzerland) were, this summer, transformed into spectacular pop-up hotels as part of the ‘Swiss Urban Feeling’ initiative from Tourism Switzerland.

After discovering that 25% of overnight visitors in Switzerland were looking for ‘hidden’ destinations, the company handpicked 11 unique venues that boasted charm and character but probably wouldn’t usually be your first choice when it comes to staying the night.

The venues (in alphabetical order):

The venues chosen might sound a little peculiar but, given some of them sold out within days of bookings becoming available, they seemed to hit the right notes with guests.

Originally the hotels were intended to be run for three months between June and August but they were so popular that the “lease” on nine out of the eleven hotels was extended.

Summer may be gone now that we are mid-way through October, but four of the venues (Bern, Bellinzona, Solothurn and St Gallen) will be open until the end of the month.

The above is just a selection of the pop up hotels. If you want to see them all in more detail (inside and out) then you can find more photographs here.