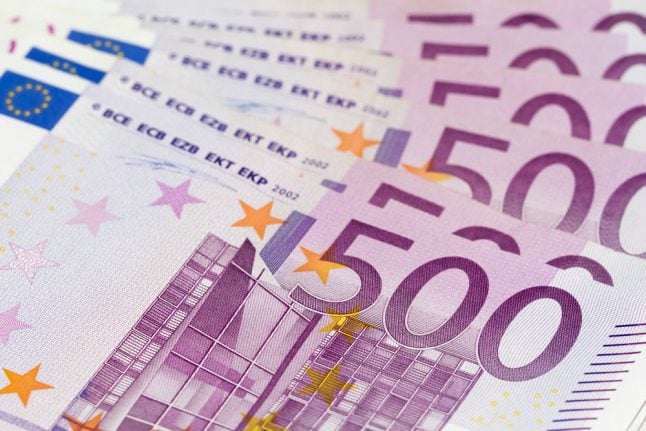 A parliamentary majority is prepared to back a proposal to stop accepting the largest denomination of the euro in the Scandinavian country, which is not in the eurozone.

The aim of the proposal is to help prevent money laundering and other economic crime, and comes as Danske Bank, the country’s largest bank, on Wednesday released details of an internal probe into a major money-laundering scandal which is also the subject of criminal investigations.

“With this ban, we are taking an important step in the fight against money laundering and financing of terror,” business spokesperson Hans Kristian Skibby of the Danish People’s party said.

“Most uses of the 500 euro note are for economic crimes or money laundering across international borders,” Skibby added.

The large-denomination note has previously been linked to economic crime, and the European Central Bank has announced that it will discontinue production of the note in order to fight crime and terrorism.

But it will take a number of years to phase all 500-euro notes out of circulation, and Denmark must therefore act now, Skibby said.

Parliament’s financial settlement committee, in which all parties excepting the Alternative and Red-Green Alliance are represented, agreed to support regulation against the 500-euro in a meeting with businesses minister Rasmus Jarlov on Wednesday.

The decision to take measures against money laundering comes in the midst of the Danske Bank scandal.

Thomas F. Borgen, the chief executive of Danske Bank announced his resignation Wednesday morning as the institution said it was unable to determine how much money had been laundered through its Estonian branch in a period spanning from 2007-2015.

In early August, the state prosecutor's office for serious economic and international crime said the bank was being investigated and prosecutors would decide whether to press charges.

A ban on the euro note is one of a number of measures that will be taken to avoid similar situations in future, Skibby said.

“There is a fast track model that speeds up forwarding of unusual transactions to our money laundering register, if this is necessary,” he said.

“But the question is whether this is enough to fight money laundering effectively. I can’t rule out the need for us to use more methods,” he said.

The Danish Chamber of Commerce, the Danish central bank and Finance Denmark all support the ban, the Ministry of Industry, Business and Financial Affairs said.