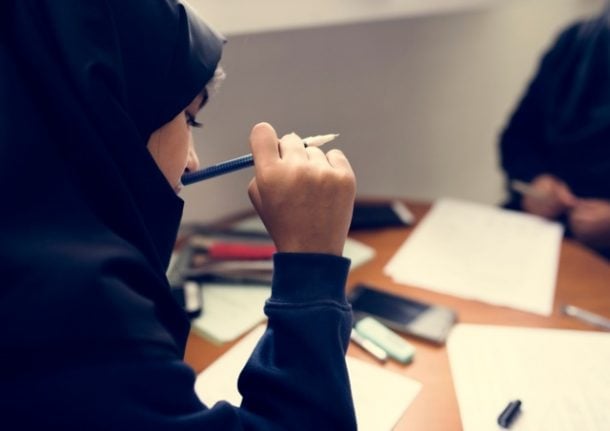 The planned referendum came about after the conservative Swiss People’s Party (SVP) collected over 4,000 signatures for a popular initiative calling for all forms of head covering to be banned in schools in the canton.

But in late 2017, the Valais cantonal parliament declared the initiative invalid, arguing it impinged on fundamental rights.

Supporters of the initiative then took the matter to the Federal Supreme Court.

But the top court in the country has now backed the Valais parliament, ruling that a popular initiative cannot contravene cantonal, national or international law, Swiss news agency SDA reported.

The Federal Supreme Court went on to state that while the text of the popular initiative was vague and referred to 'helmets, hats or shawls', the campaign was clearly directed at the wearing of veils and headscarves by Muslim school students.

This was clear from the promotional material for the campaign which featured the slogan “No to veils in schools” and featured the image of a woman in a veil, the court noted in its judgement.

An SVP press release about the campaign also spoke of the problems related to Islamic headgear in schools, the court added.

The court also stated that most people who had given their support to the popular initiative had knowingly backed a ban on headscarves and veils in schools.

But the Federal Supreme Court said that the wearing of headscarves indicated a religious conviction and that the Swiss constitution enshrines religious freedom.

Currently, Ticino is the only Swiss canton to have banned burqas and face coverings.

However, another popular initiative calling for a nationwide ban on such garments in set to be voted on in a referendum.

The Swiss government has come out against that popular initiative and has launched a counterproposal which would see people who force women to wear a burqa or niqab punished with a prison sentence of up to three years, or by a monetary penalty.

No date has been set for the vote on the nationwide ban on face coverings.

A 2016 survey run by the Le Matin newspaper suggested more than 70 percent of people in Switzerland were in favour of such a ban.