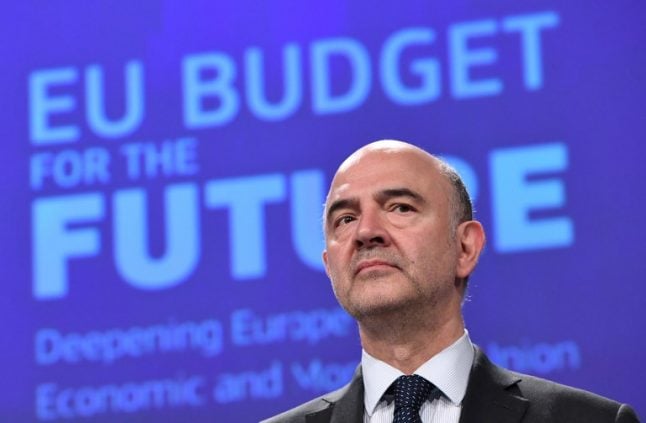 EU Economy Commissioner Pierre Moscovici, who has warned Italy to be 'serious' on its budget. Photo: Emmanuel Dunand/AFP

Italy is fast becoming a major concern for eurozone finance ministers, who met in Vienna for the first time since Greece, their previous worry, ended its bailout programme in August.

But the anti-EU government in Rome, which brings together the far-right League party and the anti-establishment Five-Star Movement, is under pressure to meet electoral pledges and boost spending instead of slashing it, as promised by the previous government.

“I expect and hope that Italy will, in the next few days too, present an appropriate and sensible proposal for the 2019 budget,” said Hartwig Loger, the finance minister from Austria, which holds the EU's rotating presidency.

“If Italy should … come up with another proposal, I assume that the European Union will provide a suitable response,” he said. The tensions over Italy's spending plans will grow until October 15th when Rome must deliver its budget proposal to the European Commission, the EU's executive arm.

“Austerity is one thing, lack of seriousness is another,” said the EU's Economic Affairs Commissioner Pierre Moscovici, who will lead the budget talks with Rome.

“I want to believe that seriousness, realism, pragmatism will prevail,” he added.

In Vienna, Moscovici is due to sit down with Italian Finance Minister Giovanni Tria, who wants to reassure financial markets about the stability of Italy.

“I will tell the commission what I always tell them,” Tria said evasively in Vienna.

Nervous markets are closely tracking developments on the budget, putting pressure on the rates Italy must pay to meet its colossal borrowing needs.

In recent days, the so-called “yield spread” — which measures the difference in perceived risk between Italian and ultra-safe German government bonds — has come down from alarming levels but is still much wider than officials would like.

In an interview with La Repubblica newspaper on Sunday, Tria insisted that the spread would narrow once Rome unveiled its budget.