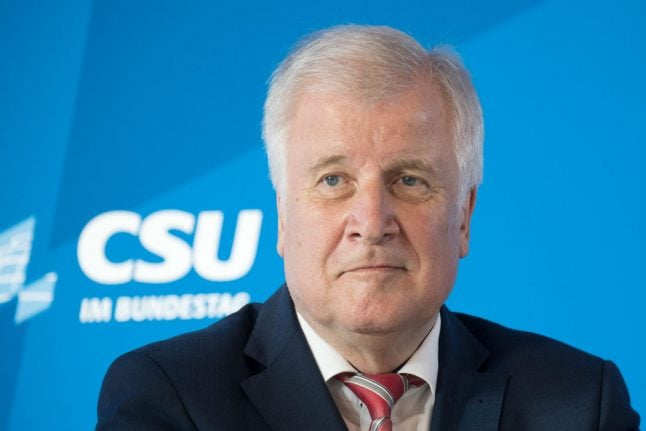 Horst Seehofer on Wednesday in the Bundestag. Photo: DPA

In the Rheinischer Post interview, the Christian Social Union (CSU) politician added that he would have only taken to the streets had he not been minister and “of course not with the radicals” in order to condemn “the brutal crime” that recently occurred.

Following the murder of a local 35-year-old man last week, in which one of the suspects was an alledgedly rejected asylum seeker, Seehofer said that he could understand the sense of indignation and anger that arose among the local population.

Yet at the same time, he stressed that the fight against right-wing extremism in Germany needs to be strengthened, not only in Saxony but throughout the country. He said Germany’s intelligence agency should observe the Alternative for Germany (AfD) if it deems them to now be a danger.

Migration: “The mother of all political problems.”

Seehofer also called the issue of migration the “mother of all political problems” in Germany,

Asked about his party's poor polling results, he replied: “For the first time, we have a party to the right of the Union that could establish itself in the medium term amid a divided country.”

Seehofer said that the growth of the AfD – which now polls as the country's second most popular party – had “not only” to do with Germany’s migration policy.

“But the migration issue is the mother of all political problems in this country. I have been saying this for three years. And this is confirmed by many surveys.”

Government in Saxony ‘nearly impossible’ without the AfD

Due to the rising angst in society about the impact of migration in the east German state, he added that it is “nearly impossible” to have a government in Saxony without the AfD.

He also spoke about the difficulties of negotiating a European solution for a more even distribution of migrants within the EU.

In a terse political showdown between Seehofer and Chancellor Angela Merkel in June, Seehofer threatened to resign if a compromise could not be met. He wanted that refugees who were registered in other EU countries not be allowed to enter into Germany.

Frustration has also been growing among Germans, with 72 percent of respondents in a July YouGov survey stating that immigration policies are negligently handled.

“Let us take the agreement with Italy as an example: for every refugee we return to one country, we should take in another,” he said in the interview. “This is a zero-sum game; it creates order, but no limits.”